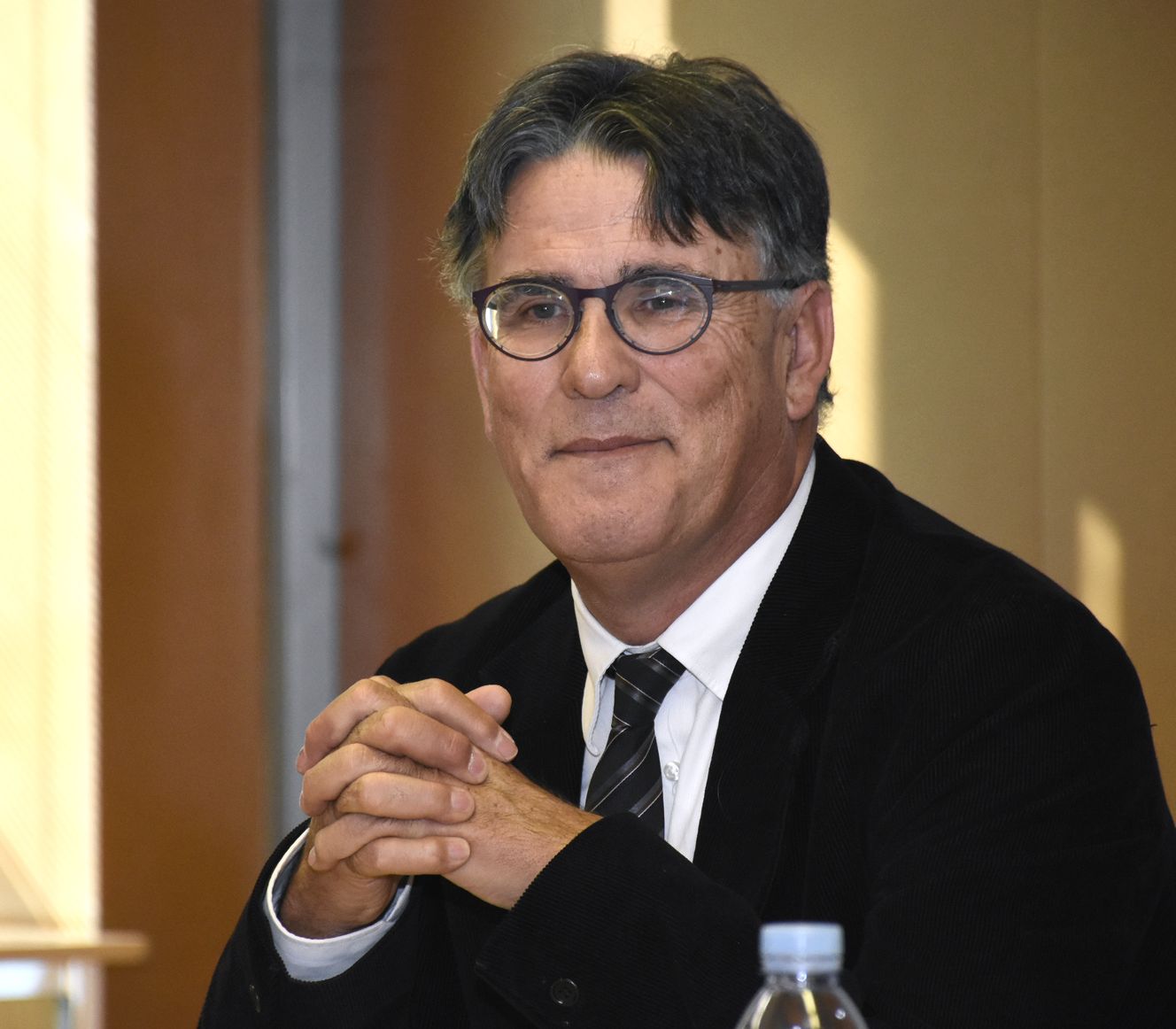 Josep Maria Comelles (Barcelona, 1949) has taught in Tarragona since 1977, initially with the University of Barcelona and then at the Universitat Rovira i Virgili (URV). His name is associated with the creation of the "School of Tarragona", a well-known anthropological knowledge production area located on the borders of the initial theoretical core of Spanish anthropology that chose a bottom-up construction and development for the academic discipline, often challenging conventional academic and intellectual boundaries. An Emeritus Professor since 2015, he holds a PhD in Anthropology (EHESS, Paris), a PhD in Medicine (University of Barcelona), a degree in Psychology (University of Barcelona), and a specialisation in Psychiatry. He has taught at the Universities of Paris X (Nanterre), Lumière Lyon2, Amsterdam, Perugia, Buenos Aires, and CIESAS (Mexico City). His fields of expertise are Medical Anthropology and the History of Science (Anthropology, Medicine and Psychiatry), with a special place reserved for the Romería del Rocío in Andalusia. At the URV he founded the Master's in Medical Anthropology and International Health (2006-2014) and the PhD Programme in Medical Anthropology (1994-2000). He was also the first director of the Medical Anthropology Research Centre (MARC), which was created in 2013.

PhD on Sociology (Univ. of Barcelona, UB, 2002) and Bachelor in Geography and History, speciality on Cultural Anthropology (UB, 1989). Postdoctoral Fulbright fellowship at Boston Univ. and Harvard Univ. (2003). Winner of XII Prize Batec ("beat") for Research and Educational Innovation, with the work Migrant children in the school (2009). She teaches at the URV since 2009. Editor of the Special Issue Journal of Social Service Research (2016), on aging and economic crisis. She coordinated the Master on Medical Anthropology and Global Health, during 2016. Researcher in the COST Action IS1102 Social services, welfare state and places (2011-2016) and in the ongoing COST Action IS1402 Ageism, a multi-national interdisciplinary perspective. Member of the Chair of Housing and the Chair UNESCO for the Mediterranean Intercultural Dialogue, of the URV. Currently she coordinates the European Project H2020: SoCaTel. A multi-stakeholder co-creation platform for better access to Long-Term Care services (2017-20). 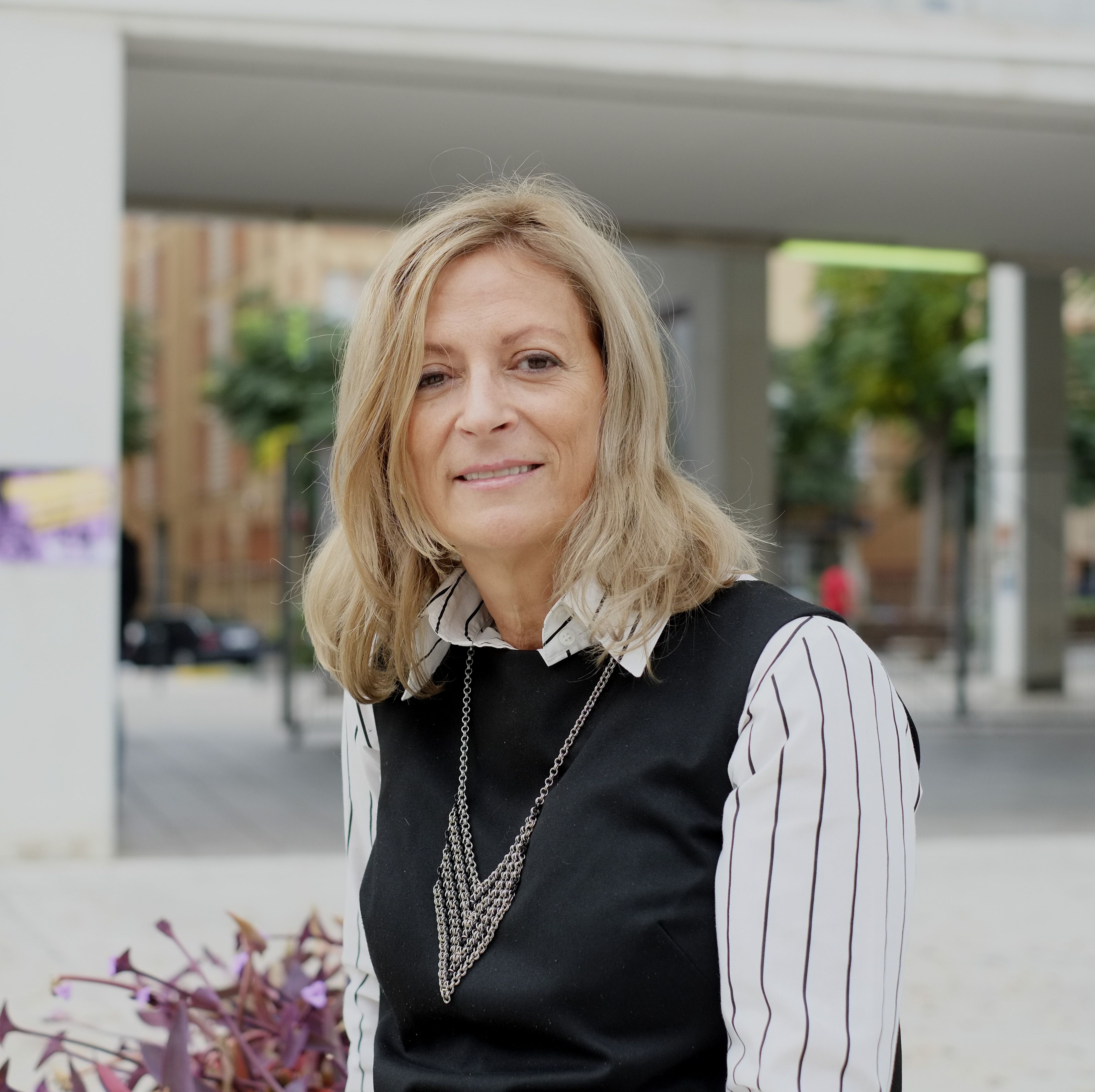 PhD on Geography and History, Programme on Urban Anthropology (Univ. of Barcelona, 1994).Full professor. Researcher at the Medical Anthropology Research Centre (URV). She is been researcher and visiting professor at Edgar Morin Centre (CNRS, Paris), Centro de Investigaciones y Estudios Superiores en Antropología Social (CIESAS, Mexico), among others; and visiting fellow at the Durham Univ. (UK) and at the Food Studies Centre of SOAS, Univ. of London (UK). Coordinator of several R+D projects, with outstanding fieldwork in Spain and Mexico around the so-called "food modernity". She has assumed different positions of academic management and is currently head of the Department. 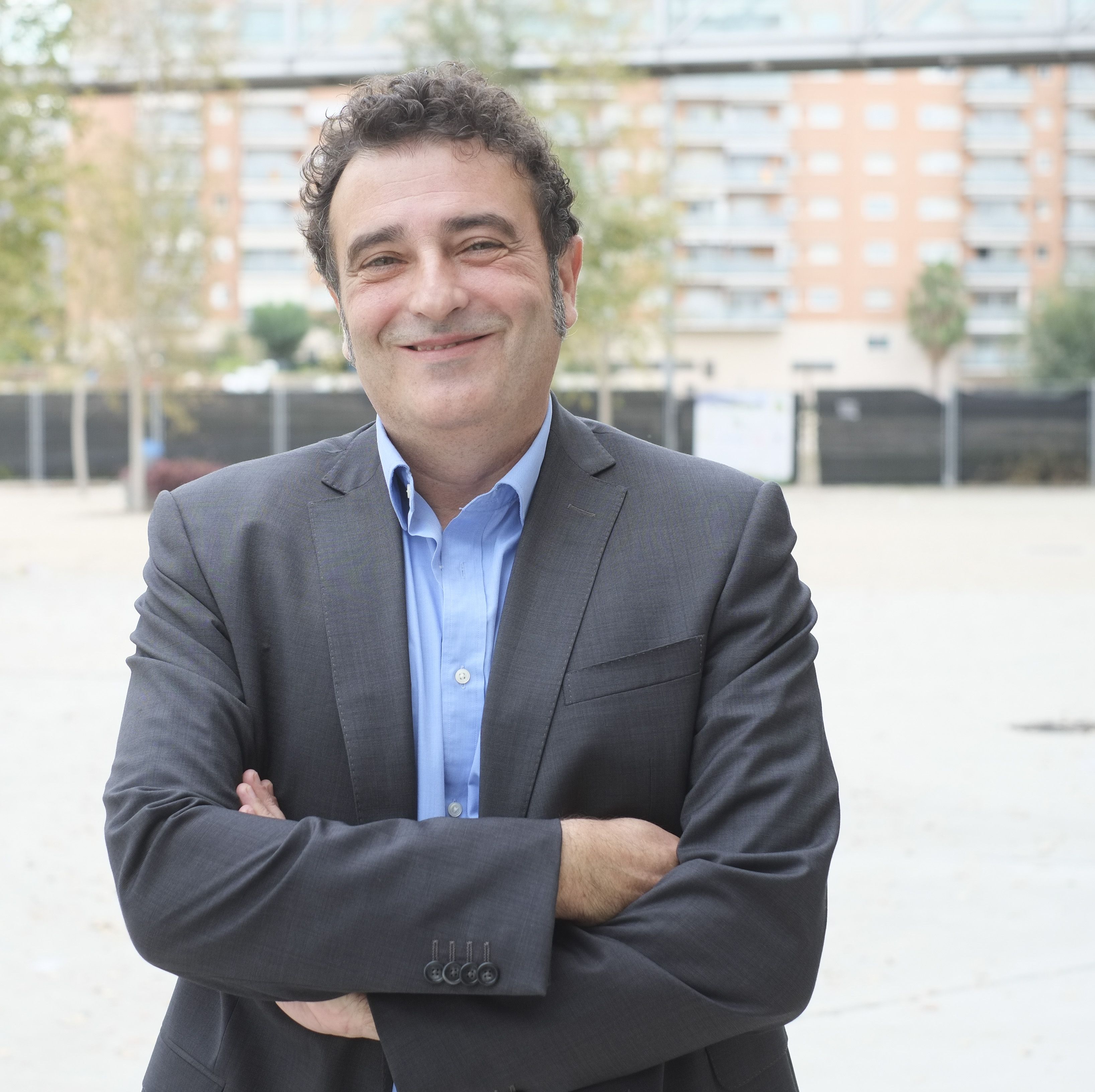 PhD on Cultural Anthropology (Univ. of Barcelona, 1994). Distinguished professor by the URV since 2019. He has assumed different positions of academic management at the URV and has been director of the Department from 2012 to 2016. He has been visiting professor/researcher, among others, at Univ. of Barcelona, Univ. of California, Univ. Nacional Autónoma de México, Univ. degli Studi di Perugia (Italy) and at many different universities of Brazil. Advisor, expert and/or evaluator of different public institutions, standing out the World Health Organization-Regional Office for Europe and the VI Framework Program of the UE. He has published more than 100 papers and book chapters, as well as different books. 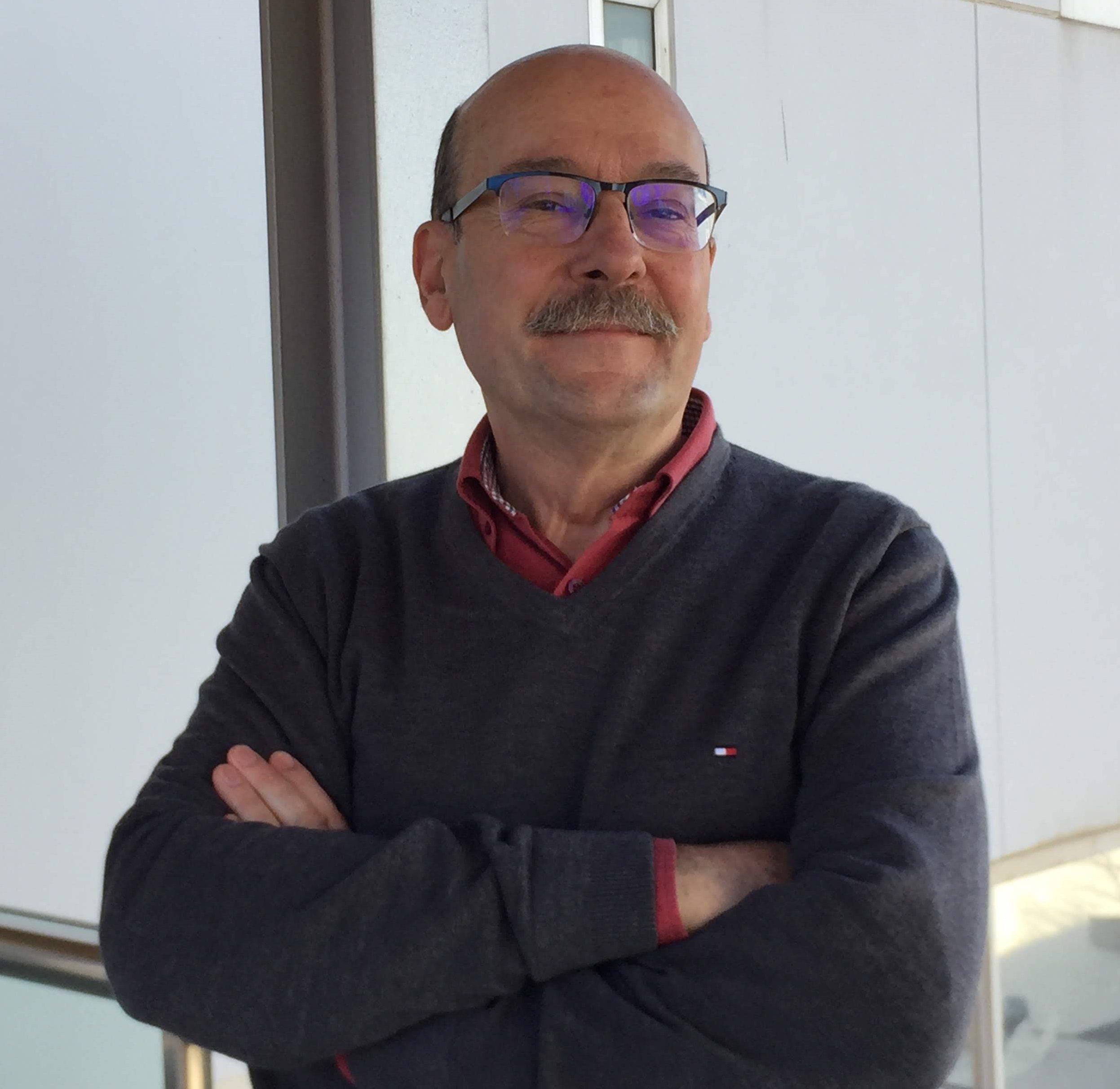 Oriol Romaní Alfonso holds a PhD in History (Cultural Anthropology) from the University of Barcelona (1982). Currently is an emeritus professor. He was director of the Department of Anthropology, Philosophy and Social Work from 2001 to 2004. At the URV he also coordinated the Master's in Medical Anthropology and International Health (2006-2010) and the Master's in Medical Anthropology and Global Health (2012-2016). He has been a member of the steering committee for the Master's in Youth and Society since its inception (2008/09). From 2002 to 2012 he coordinated the NGO Grup IGIA, which works on reflection and interdisciplinary participation around drug addiction. In the Spanish research arena he was a pioneer for the use of biographical methods and the study of youth groups and drug use. As well as applied research and studies on health and drugs, he has conducted outstanding works on youth culture and social exclusion. He is an adviser to public and private institutions on issues related to drug use and marginalization and is a consultant to the European Union for various programmes aimed at Latin America, such as "Training Professionals Cono Sur" (1994-96) and "Cities and Drugs URB-AL" (1997-2000). 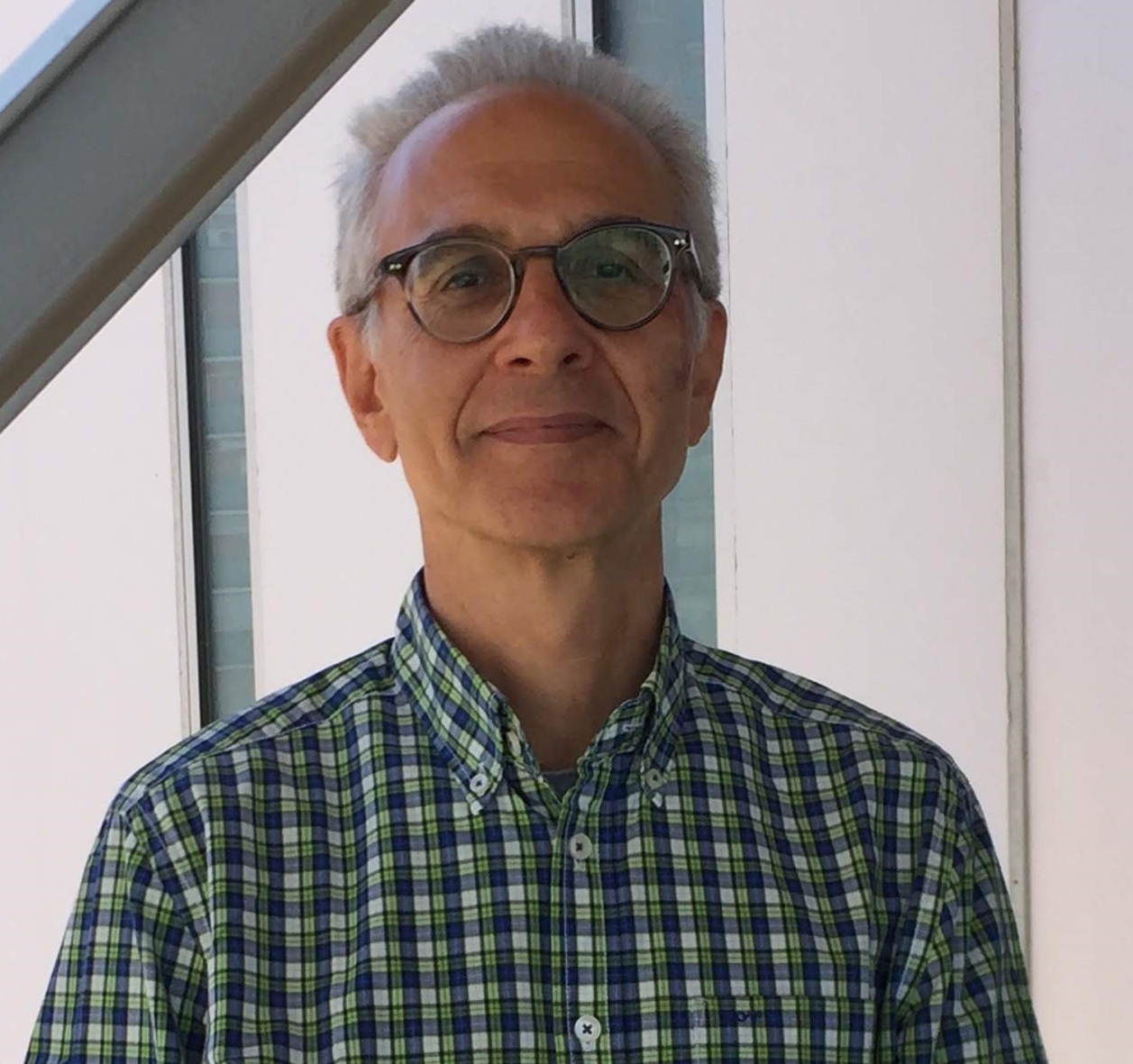 ICREA Senior Researcher -Catalan Institution of Research and Advanced Studies. Born in Buenos Aires, Fernando received degrees in Psychology, History, and Philosophy of Science at Harvard University, Université de Genève, and Université de Paris. He has a Doctorate from the University of Geneva (1988) and a Habilitation from the École des Hautes Études en Sciences Sociales (EHESS), Paris. He has worked on the history of human sciences and the sciences of the mind / brain from early modernity to the present. He has among other obtained a Guggenheim Fellowship, and has been visiting researcher, at the American Academy in Rome, Harvard University and the Brocher Foundation, as well as visiting professor in Argentina, Brazil, France, Mexico, Japan and Taiwan. Prior to his appointment as ICREA Professor in 2012, he was permanent senior researcher at the Max Planck Institute for the History of Science, Berlin. He is an associate member of the Alexandre Koyré Center (EHESS, Paris) and a member of the Europaea Academy. Some of his lines of research are: History and anthropology of mental disorders and mind and brain sciences; contemporary "neurocultures"; cultural studies of biopolitics; phenomenology and narratives of affliction and disease; person, body and subjectivation in Western tradition and in intercultural perspective; bioethics. 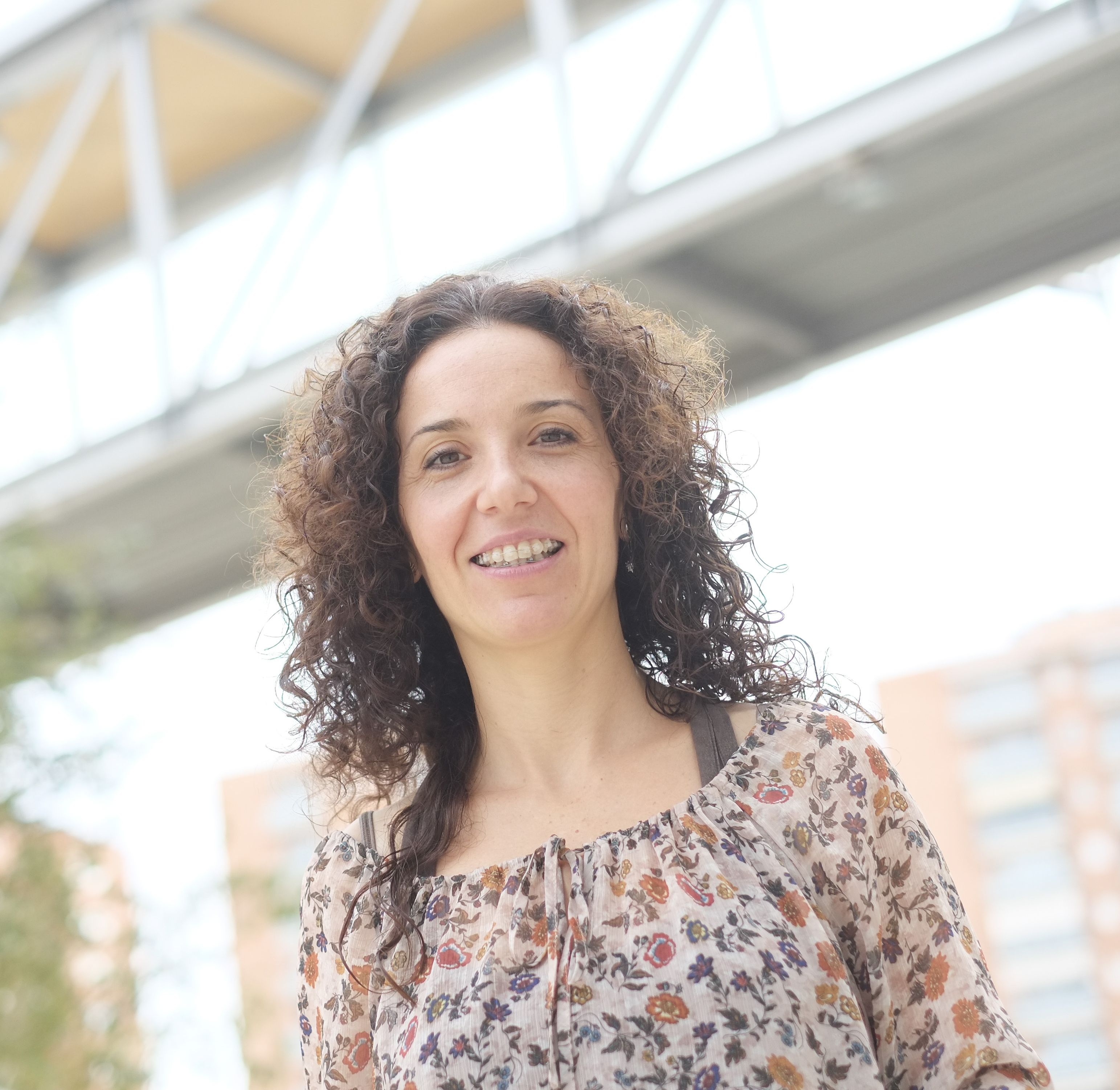 PhD on Social and Cultural Anthropology (Univ. of Barcelona, 2007). Master on Medical Anthropology (Rovira i Virgili Univ., URV, 2002). Bachelor in Social and Cultural Anthropology (URV, 2000). Bachelor in Nursing (Univ. of Valencia, 1998). Currently is an associated professor by the Serra Húnter programme. She did research stays in the Institute of Nursing and Health Care (Tampere, Finland), Universidad Autónoma Metropolitana - Xochimilco (Mexico), University of Buenos Aires (Argentina) and Université Moulay Ismail (Morocco). Researcher at the Food Observatory (Scientific Park of the University of Barcelona). Teaching in the Rovira i Virgili Univ. since 2006. 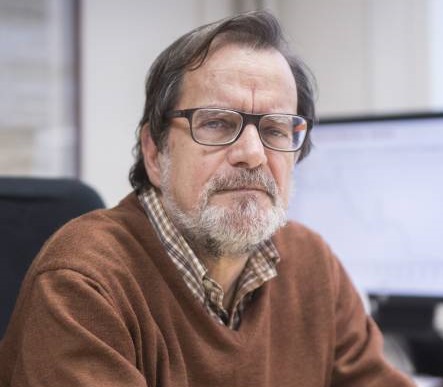 Medical studies at University of Barcelona (1972-1977). Medical Intern at the Residency of Girona (1978-1979). Specialist register in Family Medicine at the Bellvitge Hospital (1979-1981). Emergency primary care physician (1982-1986). Epidemiologist doctor at Barcelona's Public Health Agency from 1986 to 2017. Since 1986 he is in charge of tuberculosis and AIDS, from 1994 to 2017 was the head of the epidemiology department. PhD thesis on tuberculosis and AIDS epidemiology at Barcelona (1990). Specialized in preventive medicine and public health. Coordinator of Barcelona's Research Unity in tuberculosis (UITB) since 1995. Principal researcher in diverse national and international projects: principal researcher to Barcelona (only European site) of the clinical studies on tuberculosis treatments of CDC (2003-2017). Associate Professor of preventive medicine and public health of UAB (2000-2917). Coordinator of the communicable diseases unity of the Master in Public Health of UPF (2000-2017). CIBERESP's Group 12 coordinator since its creation until September 2017. Coordinator of CIBERESP's group of prevention, vigilance, and control of communicable diseases (PREVICET) (2012-2017). Author of more than 200 publications on infectious diseases epidemiology, many on tuberculosis and/ or AIDS, some on interventions that have led to improvements in public health. President of the UITB's Foundation since 2016. 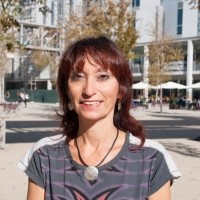 PhD on Medical Anthropology (Universitat Rovira i Virgili, 2009) and graduated in Nursing from the Universtitat de Barcelona (1988). Since 1990 she has been a university lecturer. She is currently a member of the Advanced Nursing Research Group of the URV and a member and representative of the Department of Nursing in the Medical Anthropology Research Center (MARC) of the URV. She is also coordinator for the URV of the Ibero-American Nursing Network (RIE). She has been a researcher and visiting professor at: Centro de Investigaciones y Estudios Superiores en Antropología Social (CIESAS, Mexico City), Department of Anthropology of the Universidad Autónoma del Estado de Morelos (Cuernavaca, Mexico), and at the Instituto de Saúde Coletiva, Universidade Federal da Bahía (Salvador, Bahia, Brazil). 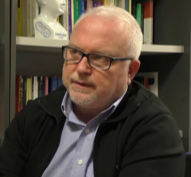 Full Professor of History of Science at Miguel Hernández de Elche University. Bachelor degree in Medicine and Surgery at University of Alicante (1985) with a thesis on assistance pluralism. PhD in Community Health at the University of Alicante (1989) with a thesis on medical popularization in the XVIII century. Postdoc at the Welcome Centre for the History of Medicine (University College, London) with stays on 1989, 1991, and 1995. His research interests are focused on the history of public health, with particular attention to maternal and child health, and on the study of the relationship between experts and laymen in the sanitary realm, both from a historical and anthropological point of view. He has published almost two hundred articles and books' chapters and has edited many books on historical themes and medical anthropology. He has been the principal researcher of various national projects. Currently leads the NUCUSAL group, which investigates new cultures of health in Spain since half of the XX century.