III Research Seminar: Sport, city and citizenship: The opportunities of sport in times of crisis. Tarragona and the Mediterranean games 2017 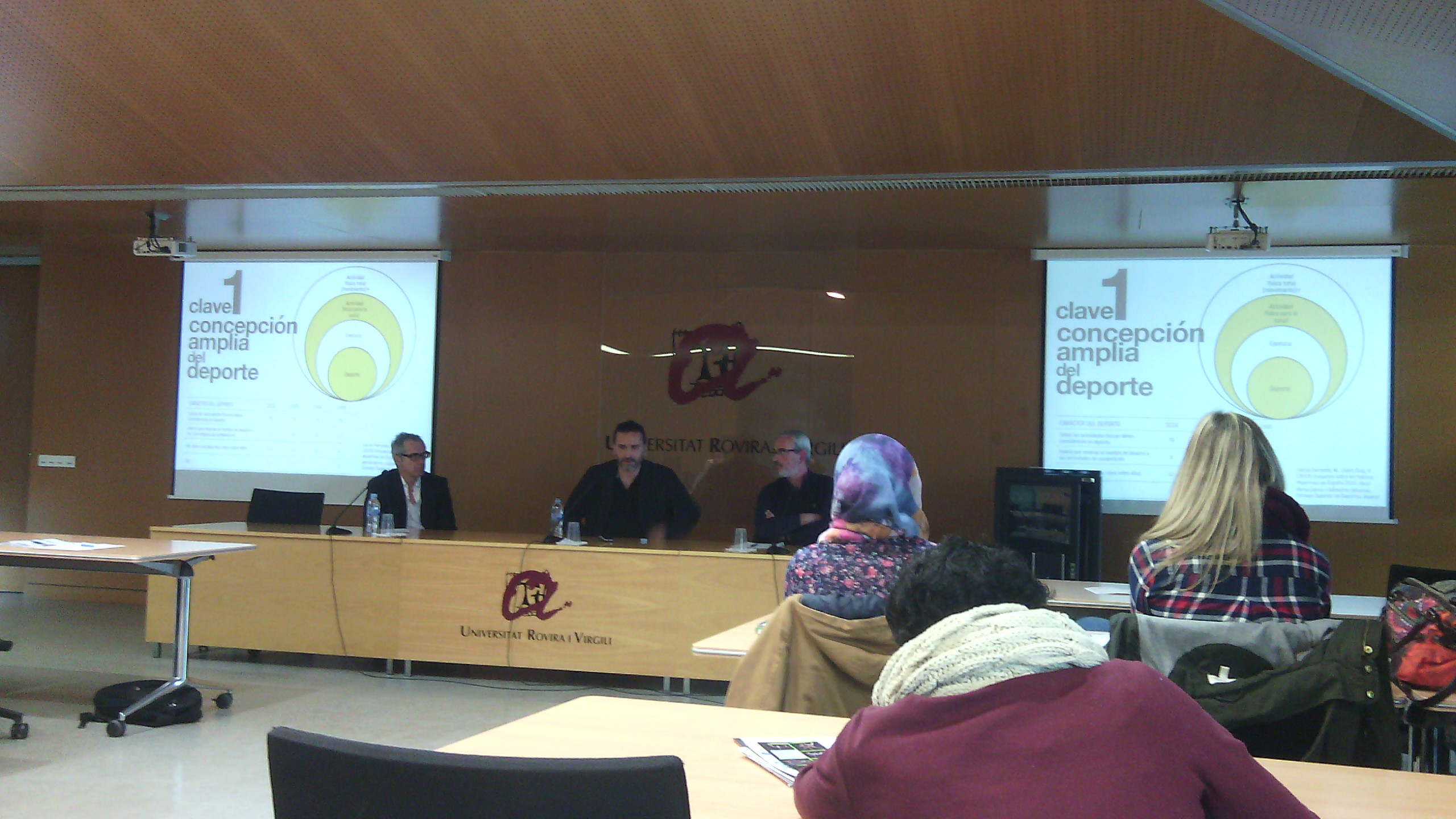 As part of the next edition of the Mediterranean Games in Tarragona, on December 16th at the meeting room of the Campus Catalunya was held a Seminar of research, organized by the Department of Anthropology, Philosophy and Social Work and coordinated by Dr Gaspar Maza.

Forum of social conflicts: From Syria to Paris. Reflections on the conflict in Syria and Islamophobia. 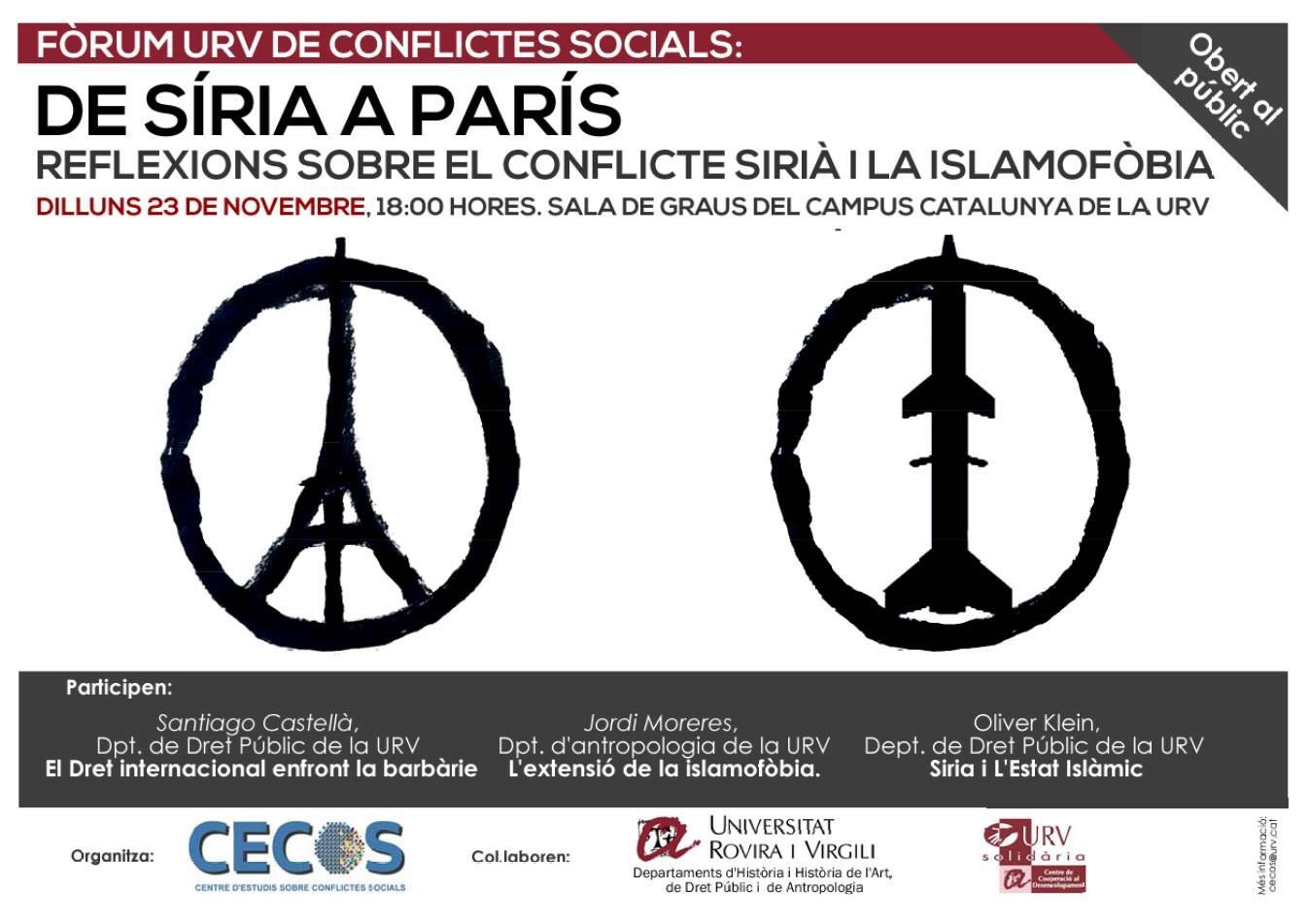 It took place on November 23th in the Conference Room of the Campus Catalunya of the URV and attended more than 50 people. Three lectures were presented: "International law against barbarism" by Dr. Santiago Castellà - Dep. Public Law - URV; "The extension of Islamofóbia" by Dr. Jordi Moreras - Department of Anthropology, Philosophy and Social Work - URV; and "From the Arab Spring to the 'Islamic State' by Oliver Klein - Dept Public Law - URV.

Seminar: "Anthropology spaces in the Regions of Tarragona." 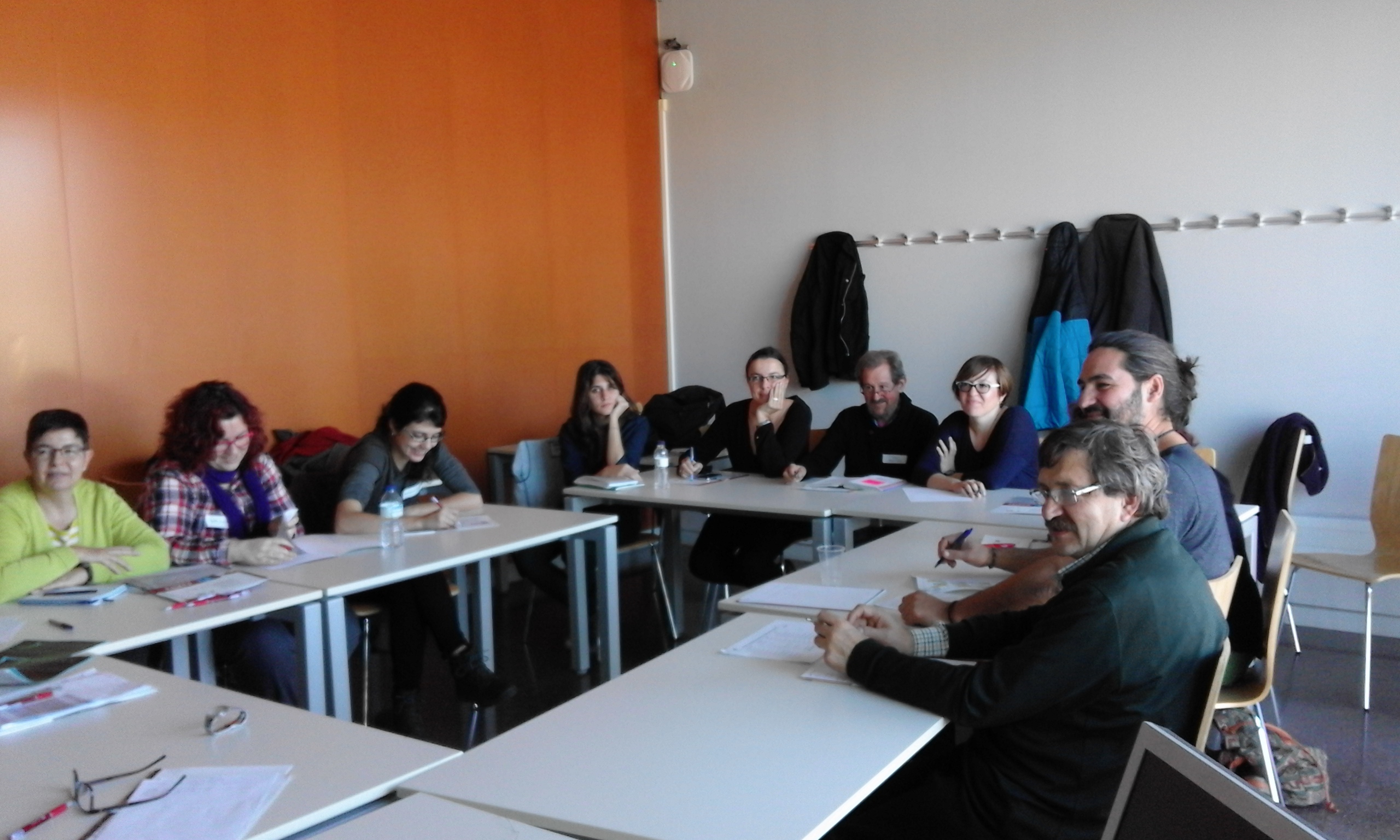 On November 11th, a meeting of researchers was held in order to connect institutions and individuals interested in the field of anthropology, ethnology and ethnography in the regionsof Tarragona. The activity was organized by the ITA and the Department of Anthropology, Philosophy and Social Work and involved more than 30 people.

I Colloquium of Autoethnography. "Be there being here" Subjectivities, bodies and emotions in health research.

It was organized by the MARC -Medical Anthropology Research Center -URV, with the collaboration of the Department of Anthropology, Philosophy and Social Work and the Doctorate in Anthropology and Communication of the URV. It was held on November 5th and 6th in Tarragona and involved about thirty people.

On april 5th at the conference room of Campus Catalunya two lectures were presented to commemorate the Work Social Work Day. The first lecture was entitled "Ethics of / in social work: complexity and risk" and was in charge of Begoña Roman, PhD in Philosophy of the UB and president of the Committee on Ethics in Social Services.  The second one: "The curious look of social workers" by Ms. Elisa Abellán, professor of the URV and member of the Council of Professional Deontology of the CTSC. The activity was organized jointly between the Council of Tarragona, the Official School of Social Work of Tarragona and the Department of Anthropology, Philosophy and Social Work of the URV. Dr. Ramona Torrens.

Round Table: Anthropology and common benefit.

In the framework of the presentation of the Degree of Anthropology and Human Evolution, this round table was held on June 3 with the participation of Marina Mosquera Martínez, Cognitive Archeology, URV-IPHES; Joan J. Pujadas, Social and cultural anthropology, URV-DAFITS and Adolfo Estalella, Anthropology of science and technology, UOC-IN3.

Conference on anthropology and assitential pluralism

On February 3th  at the Arxiu d'Etnografia, DAFITS, MARC and MAMSI organized an open session by Thomas Josue Silva who gave a lecture on the subject. He is a plastic artist, doctor in anthropology at the Universitat de Barcelona and professor at the Federal University of Pampa (Brazil). He has worked extensively in the field of medical anthropology with special dedication to visual arts and collective health.  http://www.artethomasjosue.com.br/p/biografia.html