Organized by ITA and in collaboration with the DAFiTS  from September 2 to 5th. During these days were found more than a hundred anthropologists from all over the state and participated in 21 symposia where they discussed the challenges of 21st century Anthropology. The book of minutes and all the information about it can be consulted in the web of the congress.( catalan and spanish only)

At the XIII Congress of Anthropology of the FAAEE, on September 3 in the Conference room of the Campus Catalunya, Joan Josep Pujadas (DAFITS)  presented the Chair that bears the name of the anthropologist Angel Palerm. At the event, six presentations were presented by  Andrés Fábregas, Encarna Aguilar, Carlos Giménez, Jesús Contreras, Gail Mummert and Joan Josep Pujadas. The speakers talked about the Chair in Mexico, the Spanish interuniversity agreement, the formation of the anthropologist in Mexico, and the impact of his work among others. 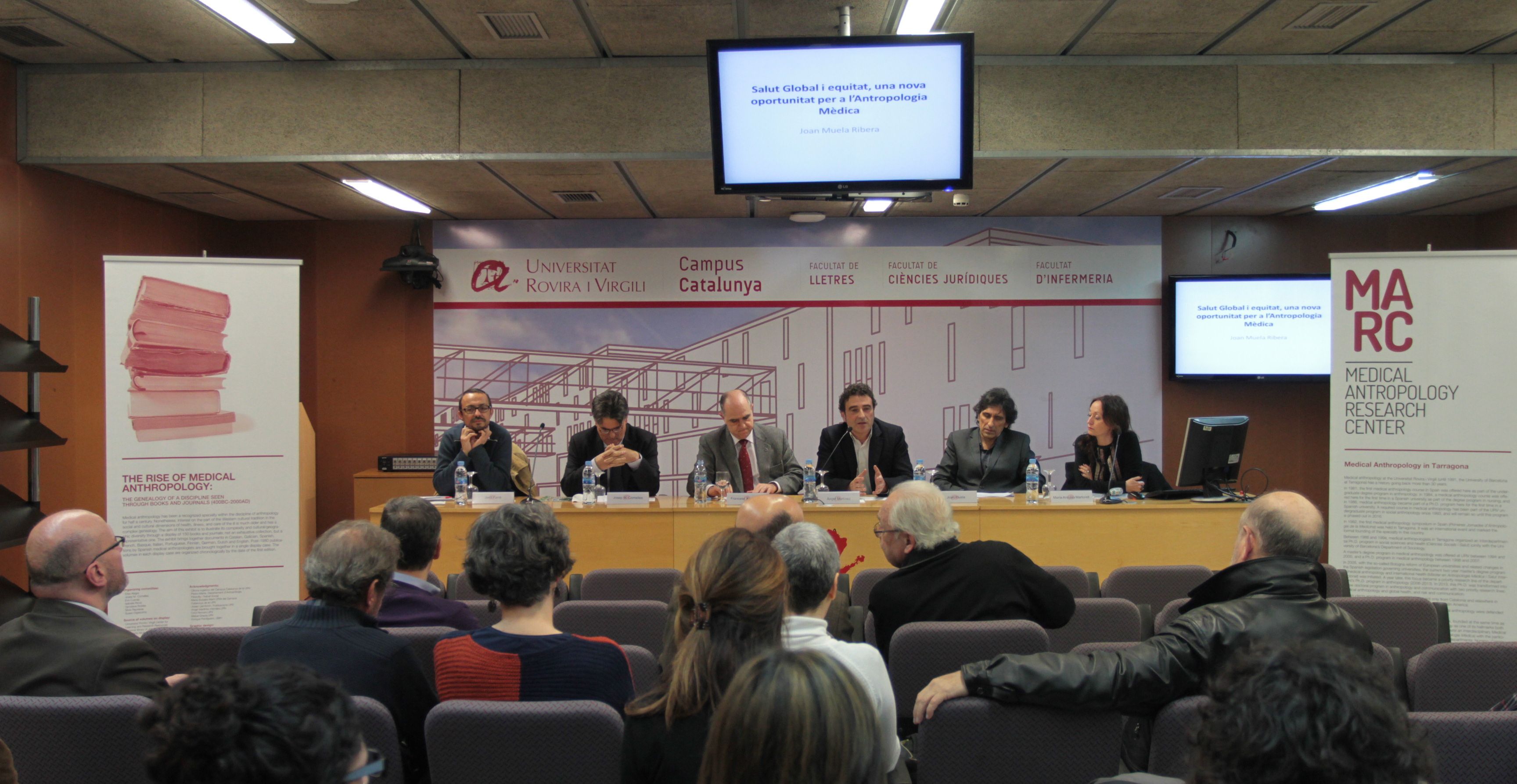 It was held on January 22 and presided by the rector of the URV, Dr. Francesc Xavier Grau. Dr. Ángel Martínez Hernáez, as director of DAFITS, Dr. Jordi Farré of the Department of Communication, and Dr. María Antonia Martorell, of the Department of Nursing, all members of the MARC, also participated. The conference was led by Dr. Joan Muela, associate professor of the URV and member of the MARC, with the talk "Global health and equity, a new opportunity for medical anthropology" .

Closing Seminar of the Masters in Migrations and Social Mediation

At the end of the year, during the first half of June, we organized a closing ceremony that defined around a specific theme of migration and cultural diversity. We dissemination workshop between people interested in the master, or between groups of potential interest, in order to attend free of charge and obtain a certificate. The conference this year is the sixth and last we organize on behalf of the master, before their extinction. It was made on June 19 and was attended by: