Adjunct lecturers in the Department 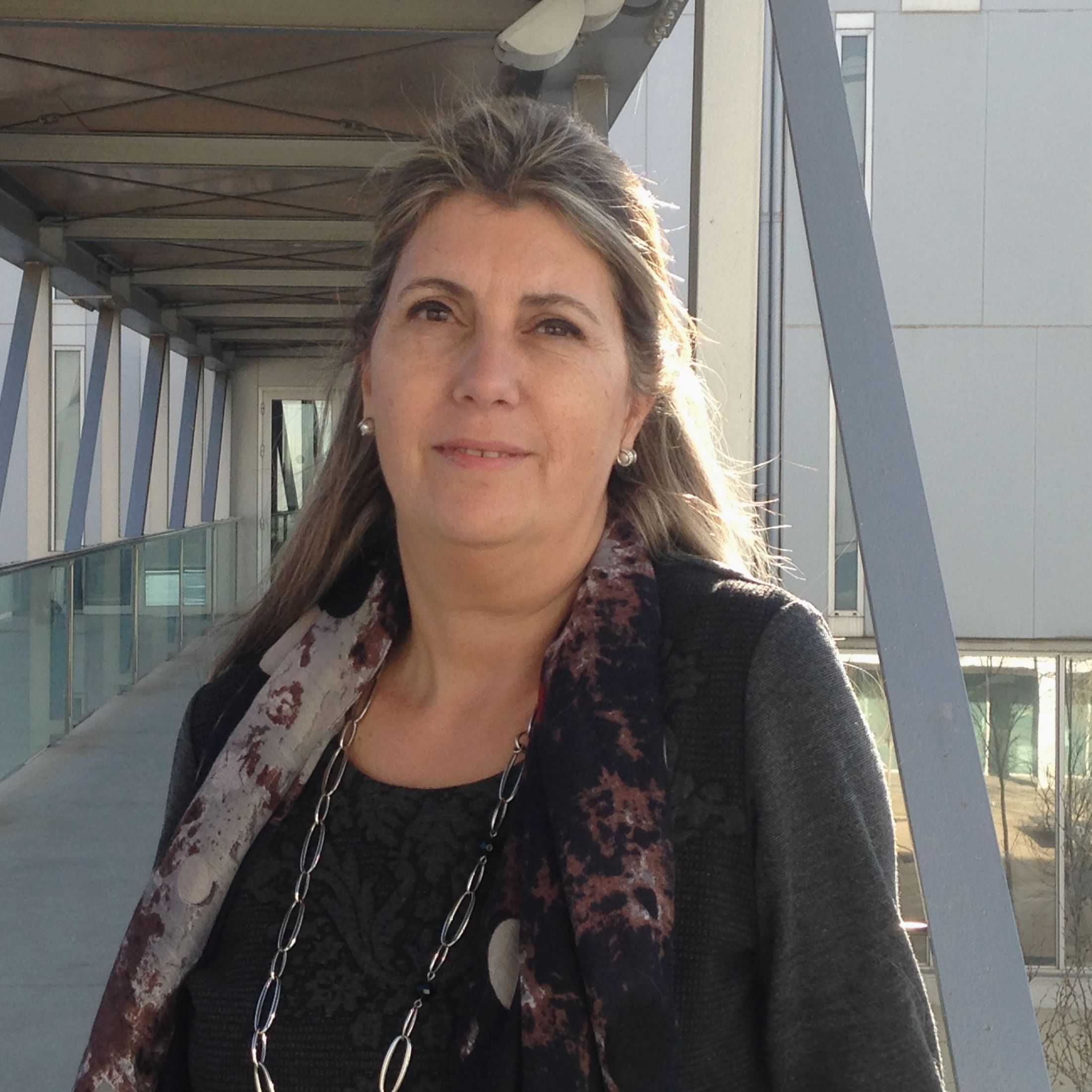 Elisa Abellán Hernández holds a degree in Social Work (ICESB institute, University of Barcelona) and a Master's in Ethics for Social Intervention (University of Girona, 2011). She has extensive training in mental health, intellectual disability, ethics and bioethics. She has been a social worker at Villablanca SAU since 1988 and has belonged to a local network in Tarragona specialized in care for mental disability since 2002. She has been an adjunct lecturer at Universitat Rovira i Virgili since 2002 and has also taught at several other institutions, including FORCEM, the Pere Tarrés Foundation, the Tripartita Foundation and Mas Carandell. She is a member and current secretary of the Board of Ethics of COTS (Social Workers Association of Catalonia). Laura Aguadé López holds a degree in Social Work (University of Barcelona, 1989) and a qualification in Social Education (1995). She has conducted graduate studies in mental health and families (Central American University of Nicaragua, UCA Managua, 1996), international cooperation (1995, SETEM Catalonia), and systemic family therapy (Family Therapy Centre in Tarragona and Kin Family Therapy Centre in Barcelona, 2011). In the professional field she has worked in Nicaragua for three years as a social worker with street children, for eight years in Tarragona as a social worker and social educator in a public residential centre for children and adolescents; and for seventeen years as a social worker in a public centre for the care of children and adolescents in Reus (Tarragona). She is strongly committed to the social movements in Tarragona. 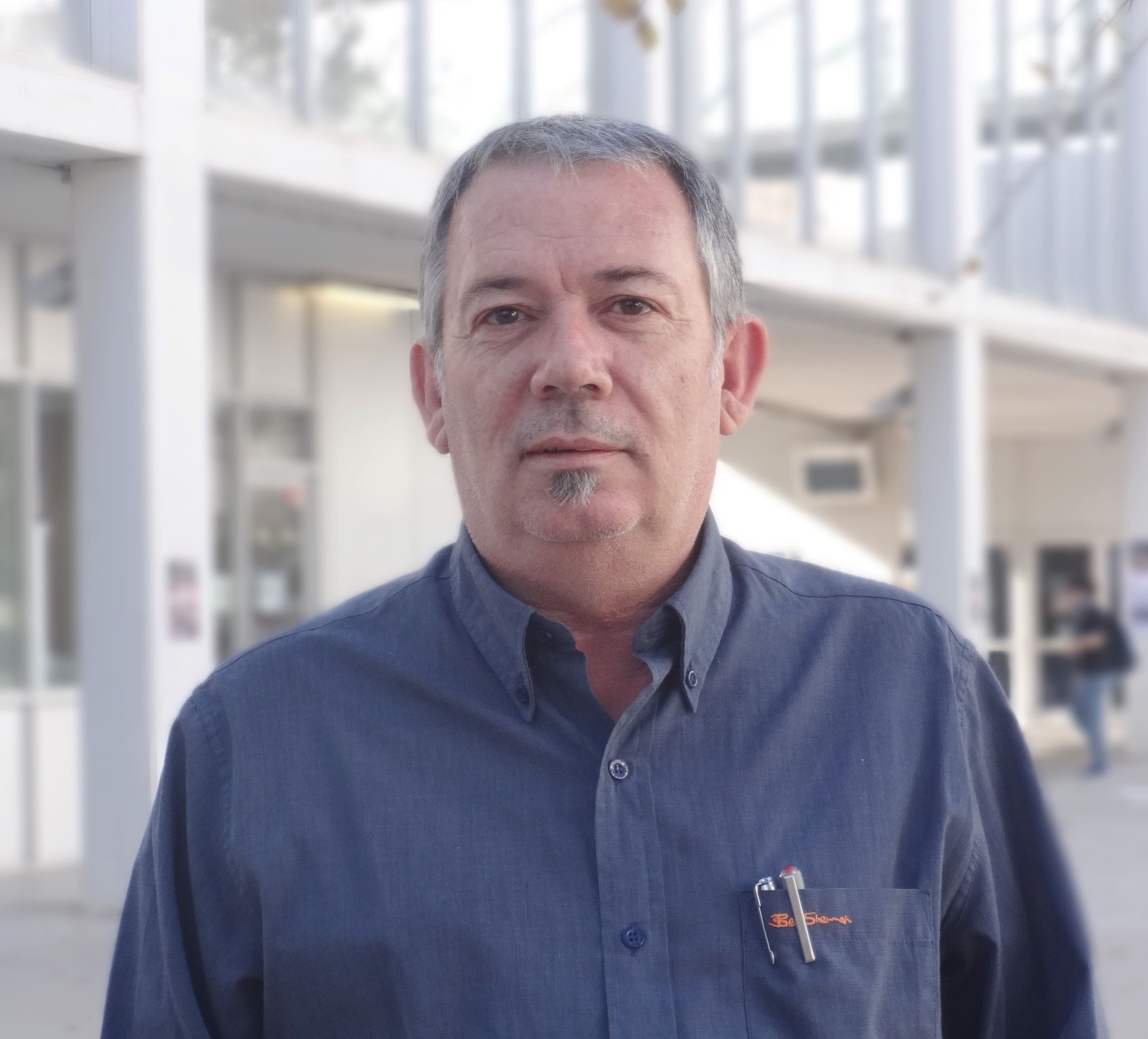 Agustí Andreu Tomàs holds a PhD on Urban Anthropology Urbana (URV, 2011). He has developed his professional duties at the 'Delta de l'Ebre' Natural Park. Director of the Environmental School of 'Delta de l'Ebre' (1985-1992). He has participated as a researcher in different R+D+R projects funded by the National Research Plan (Spanish Government), as in other competitive research projects, focused on migration studies and ethnologic heritage. Coordinator of several graduate programs at the URV on cultural management and heritage. Visiting lecturer at Universidade Federal de Santa Catarina (Brazil, 2011-2012). Part-time professor at the Open University of Catalonia (UOC) since 2002. 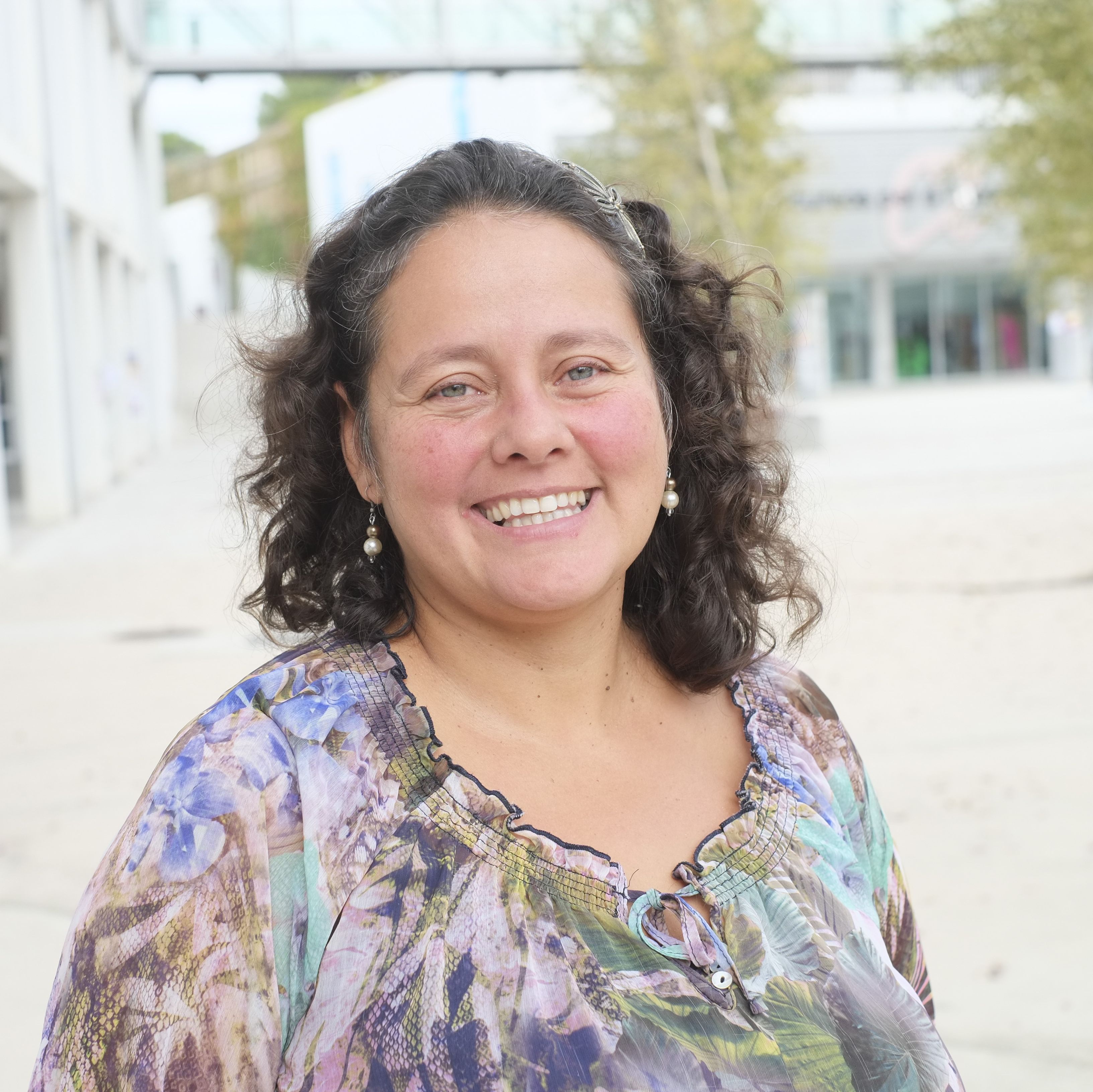 Claudia María Anleu Hernández holds a PhD in Migrations and Social Mediation (Universitat Rovira i Virgili, 2015), a Master's in Social Psychology and Political Violence (San Carlos de Guatemala University, USAC, 2004), a Master's in Migration and Social Mediation (URV, 2010), and a degree in Social Work (Universidad Rafael Landívar, Guatemala, 2001). She taught Social Work at Universidad Rafael Landívar for four years (1998-2001) and was a guest lecturer on the Master's in Social Psychology and Political Violence at USAC School of Psychology in Guatemala. She has experience in psychosocial intervention with vulnerable groups (street kids, women, indigenous, youth at risk) using participatory methods. She has been an adjunct lecturer at the URV since 2014, and since 2017 she is also a postdoctoral researcher.

Teaching: Undergraduate Programme in Social Work, Master in Innovation in the Social and Educational Intervention 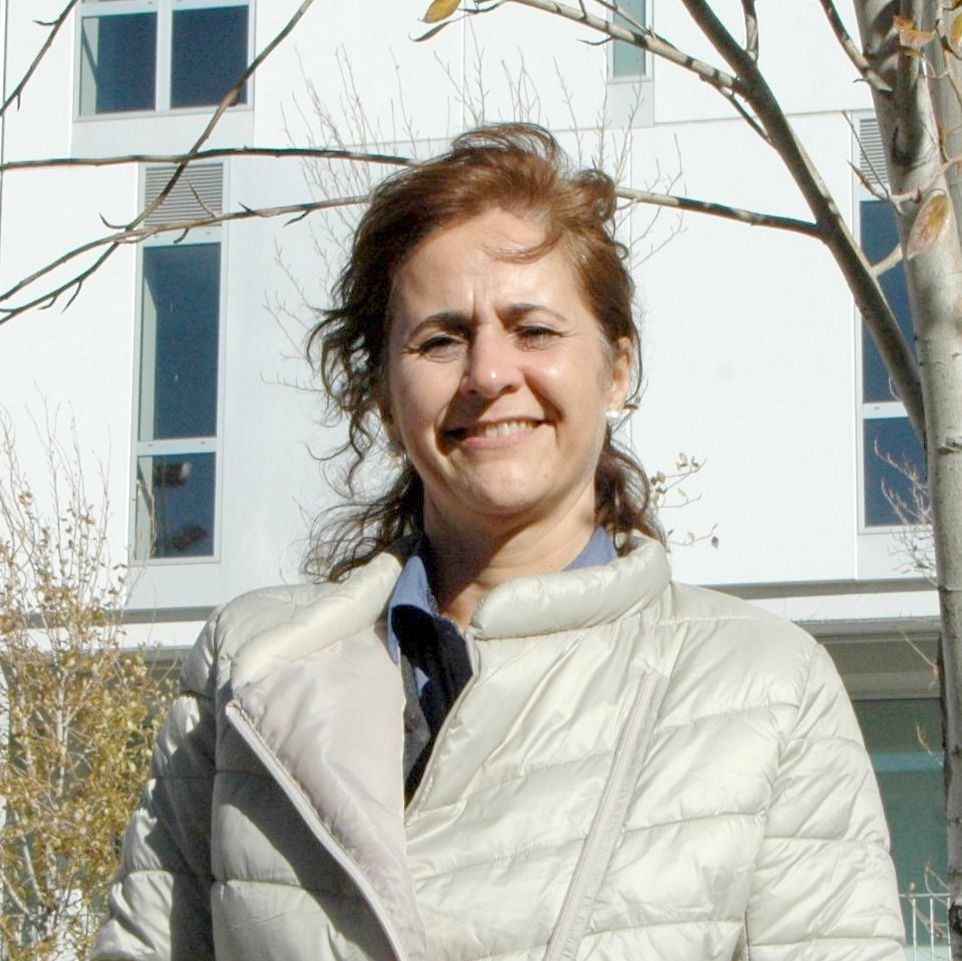 Àngels Armengol Armengol is a member of the administrative staff in Valls City Council. She has some thirty years' professional experience in social services, public actions, urbanism and heritage. She holds a degree in Law from the Spanish National Distance Education University (UNED), a degree in Social Work from the University of Barcelona, and a Master's in Management and Local Law (comprising graduate courses in Local Law and Urban Law) from the URV. She has taught on the Master's in Management and the Management of Social Services at the Autonomous University of Barcelona (2013-2015) and has been an adjunct lecturer at the URV since 2009. Serena Brigidi holds a PhD in Anthropology of Medicine (URV, 2009), for which her thesis on migration and mental health received the honorary mention of the Marqués de Lozoya Award for Cultural Research (Spain, 2010), and a degree in Pedagogy from the Università degli Studi di Genova in Italy (2001). She assistant professor at the Sant Pau Nursing School of the Autonomous University of Barcelona. She is a member of the URV's Medical Anthropology Research Centre (MARC) and a co-founder of MATER (observatory of contemporary maternity and paternity research group). 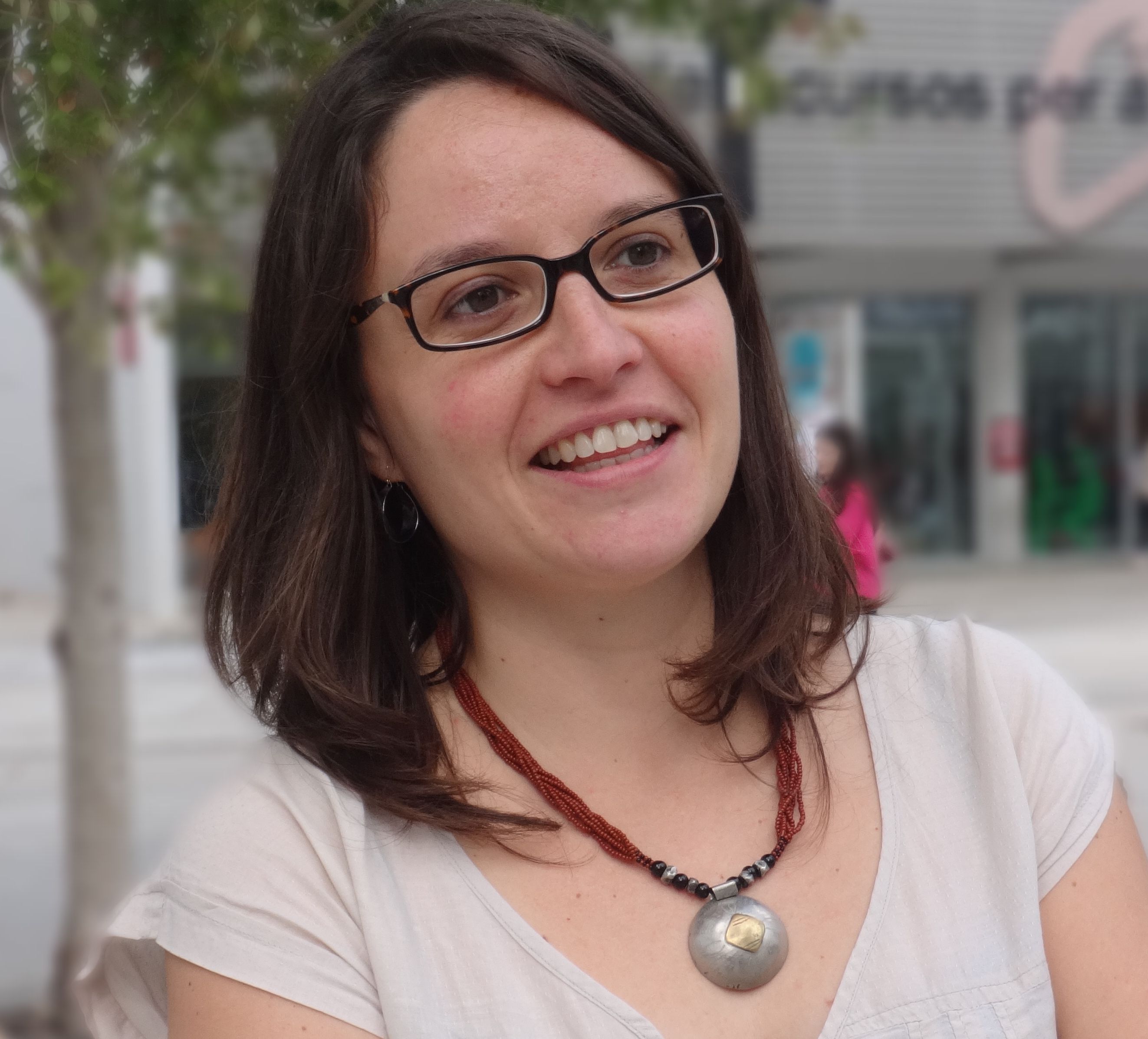 PhD in Social Anthropology by the University of Barcelona (2016) based on an ethnography carried out between 2008 and 2015 with the Kukama-Kukamiria indigenous population from the Marañón River, Peru. The thesis won the Extraordinary PhD Award. Her pioneering investigation investigates aquatic cosmology, fishing culture and socio-environmental conflict in the Pacaya Samiria National Reserve and its zone of influence. She has collaborated with public institutions and other organizations in carrying out research in the areas of environment, international cooperation, among others topics as women in prison, and youth. She has carried out research stays at the University of Costa Rica and in Peru, financed by AECID and CNRS (France). Nowadays she is still doing research on environmental issues about Peruvian Amazon, although in 2018 started a new line of study in Anthropology of Food. From 2017, she is a member of the Research Group: Grup d'Antropologia Social from Universitat Rovira i Virgili (URV) (2017 SGR 00023). She has worked as an adjunct lecturer at the University of Lleida, and since 2017 as postdoctoral researcher and adjunct lecturer at the URV. She has published several books, book chapters and articles derived from her research, all of them in open access. 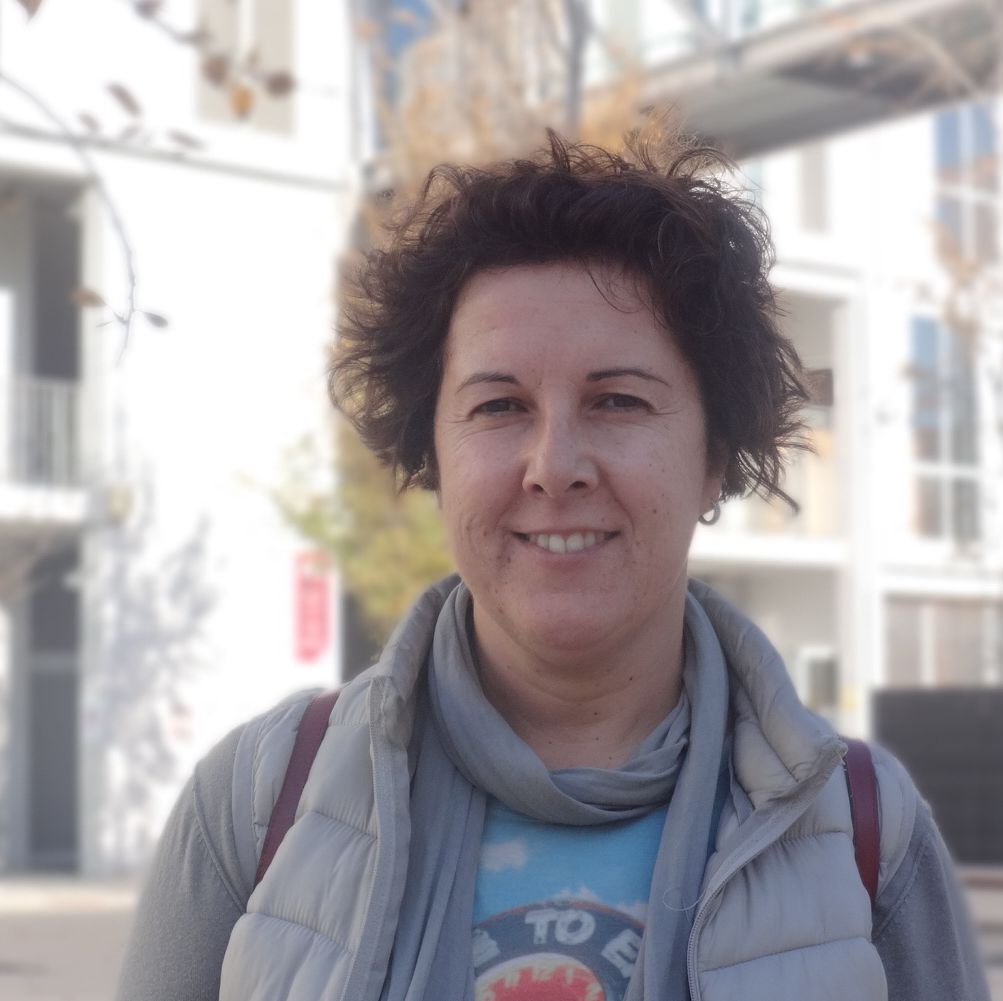 Neus Càrdenas Morell has been a social worker for people with disabilities at Villablanca Serveis Assistencials S.A. since 2008. In this field she also worked at a residence and day care centre for people with special needs (Marinada, Grup Pere Mata) from 2000 to 2008 and for Baix Camp Regional Council (1999). She holds a degree in Labour Sciences from the UOC (Open University of Catalonia) (2010) and a degree in Social Work from the University of Barcelona (1997). She has ample specialist training, having earned a Master's in Psychosocial Rehabilitation in Mental Health from the Autonomous University of Barcelona (UAB) (2008) and graduate studies in Primary Care in Social Services (UAB, 1998) and Knowledge and Attention in Intellectual Disability (UAB) (1999). 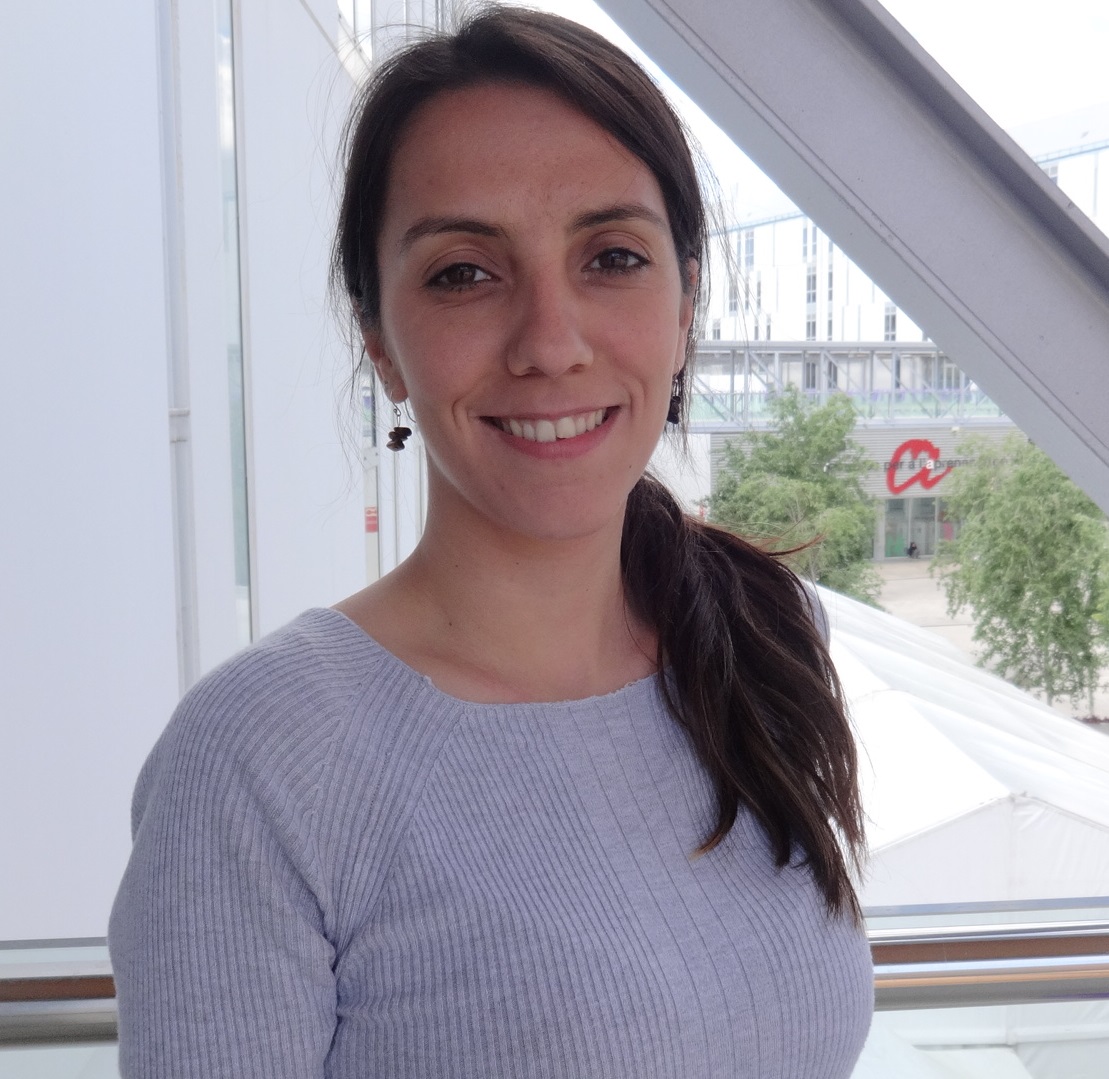 Social Worker, specialized in social mentoring. Master's Degree in Citizenship and Human Rights: Ethics and Politics (UB). Trained in management and direction of associations and non-profit organizations. PhD. student in care ethics and inclusive social mentoring. She focuses her research on tools to ensure the sustainability of human life, social mentoring as an innovative tool for social transformation. She has worked in the area of socio-educational and labour orientation for young people. She is currently working on the coordination of mentoring projects at the Kilómetro Zero Association in Tarragona. 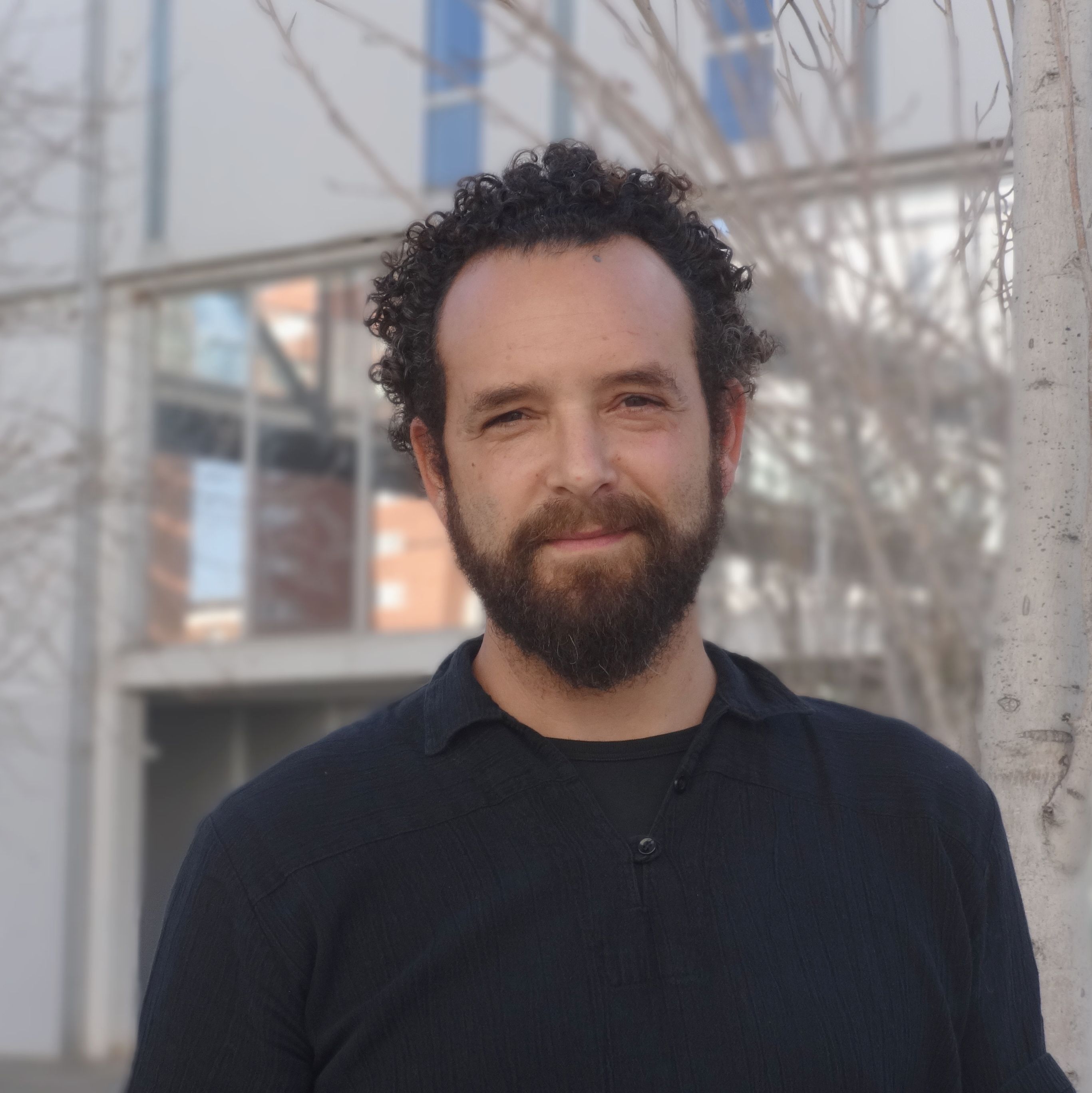 Martín Correa-Urquiza Vidal holds a PhD in Medical Anthropology from the URV (2010), a degree in Communication Sciences from Buenos Aires University (1997), a Master's in Public Opinion from FLACSO (Argentina) (1998), and a Master's in Social and Cultural Anthropology from the Autonomous University of Barcelona (2005). He is a co-director and the coordinator of the URV's graduate programme in Collective Mental Health and a part-time lecturer at the Open University of Catalonia (UOC). He has research expertise in several fields, including health, mental health, and communitarian communication. He is a founder and general coordinator of the Radio Nikosia social and cultural association. He is also a member of the Research Group in Social Anthropology (URV) and the coordinator of the Research Group in the Anthropology of Madness (Catalan Institute of Anthropology). PhD in Medical Anthropology (URV, 2013) and Master in Medical Anthropology and International Health (URV, 2008), master and doctorate award (with Hons). Degree in Social and Cultural Anthropology (UB, 2002) and Diploma in Education (UB, 1999). Specialist in ethnographic methodology, qualitative applied health research and analysis of illness narratives. She has worked extensively on the issue of the experience and management of chronic illnesses (chronicity) and related areas such as disability, dependency, public policies and global health. She is currently a postdoctoral researcher within the project Anthropology and Phenomenology of the Locked-In Syndrome at the Department of Anthropology, Philosophy and Social Work of the Rovira i Virgili University (DAFiTS-URV) and a collaborator of the Medical Anthropology Research Center (MARC-URV ). She is a professor at the Faculty of Medicine of the University of Barcelona (UB) and at the Institute of Global Health of Barcelona (ISGlobal). 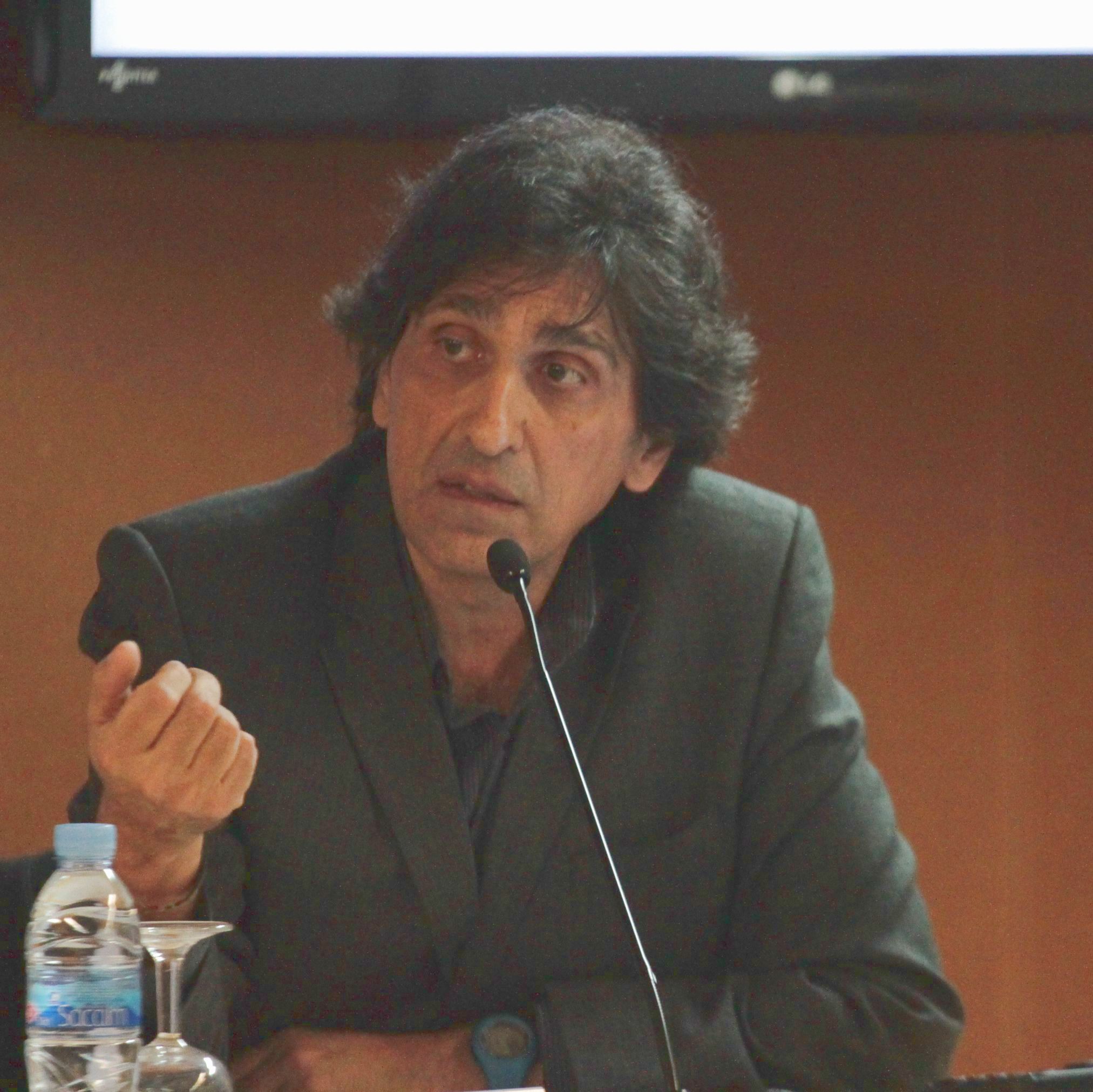 Joan Muela Ribera holds a Master's in Medical Anthropology from Brunel University London and a PhD from the Autonomous University of Barcelona (UAB). He began his research in Medical Anthropology in the field of international health in Tanzania, conducting a study on care processes and social vulnerability related to children with malaria. He currently participates in numerous research projects, courses, workshops and consultancies with PASS-International, a non-profit organization dedicated to socio-anthropological research in international health projects, of which he is a founding member and researcher. He is a member of MARC (Medical Anthropology Research Centre) (URV). 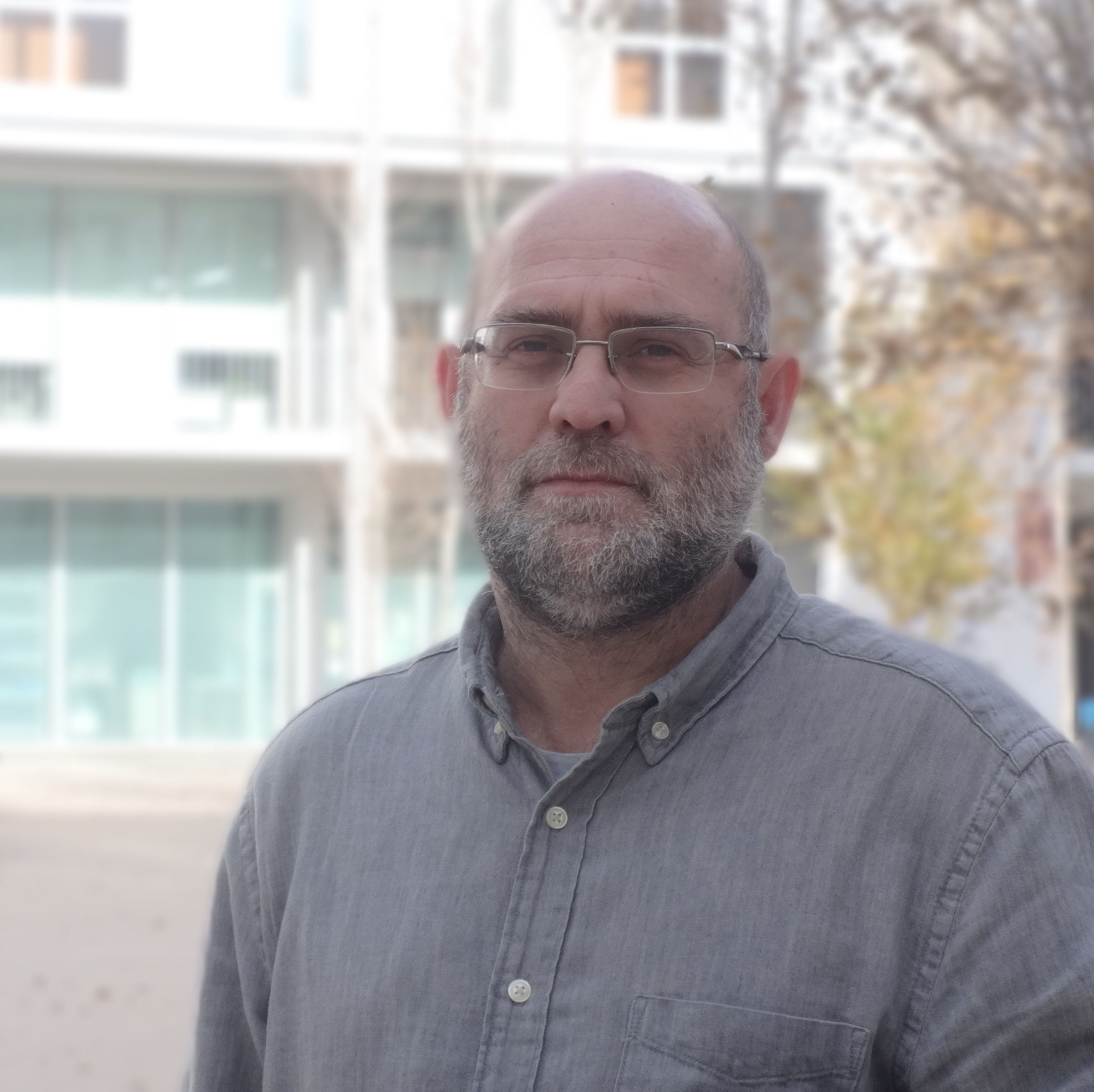 Jordi Navarro Lliberato is a social worker, social educator and pedagogue with extensive graduate training in social management and intervention. He has worked in primary care public social services in Tarragona (1990-1995), Salou (1996-2004), and Valls (2011-2012). He was the director of the Tarragona offices of ADIGSA, a public company that manages the public social housing of the Catalan Government (2004-2011). He has been a social worker and coordinator of the public services for the care of children and adolescents in Conca de Barberà (Tarragona)(2012-2019). He is a founding member of the NGO Fundació Casal Amic (for children at risk of exclusion) and has been its president since 1995. He has been an adjunct lecturer at the URV since 2000. He is a trainer in resilience and applied optimism and the author of several specialized articles and books in that field.

Teaching: Undergraduate Programme in Social Work, Master in Innovation in the Social and Educational Intervention. 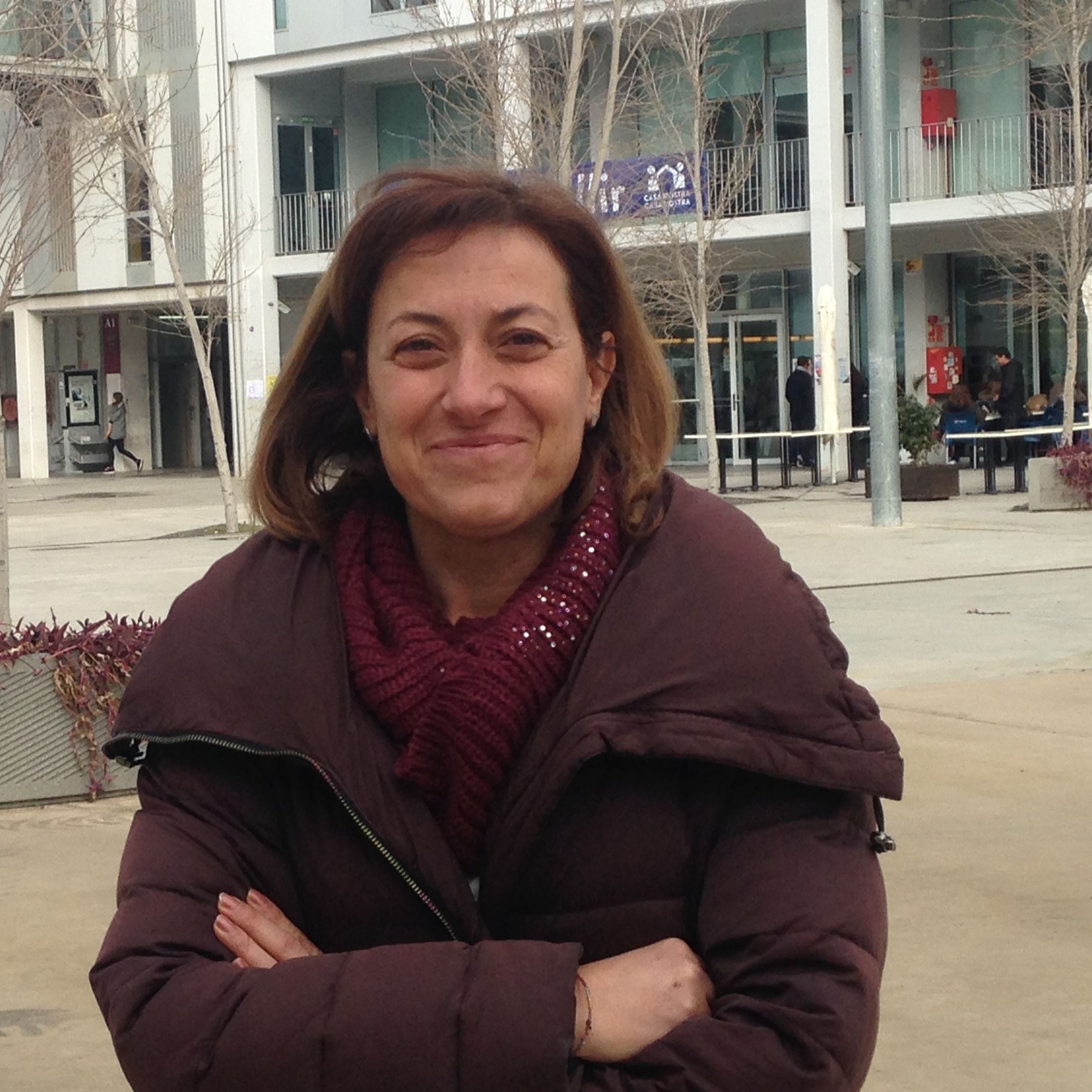 Josefa Perelló Bargalló is a social worker who provides complementary training in tools and conflict resolution; creativity as a tool for adapting to change; communication; political and citizen participation; team coaching; and techniques in the planning, management and evaluation of programmes. She has vast professional experience in community work, being responsible for a civic/cultural public facility of the Catalan Government since 1990. She also participates in several committees and work groups in the western districts of Tarragona. She has been an adjunct professor at the URV since 2001, teaching communitarian intervention and performing tutorial tasks related to fieldwork and students' final degree dissertations. 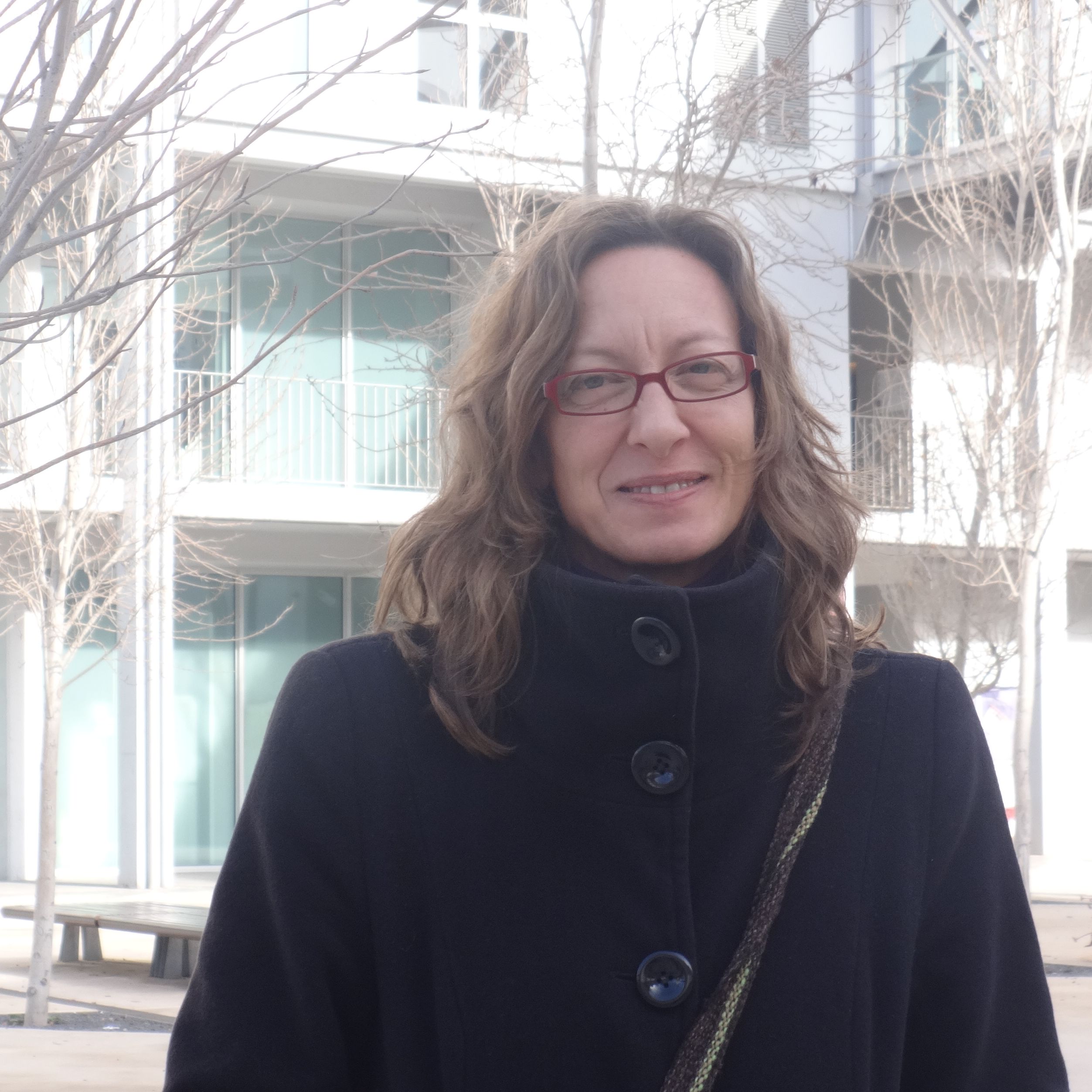 Susana Ramírez Hita holds a PhD in Social and Cultural Anthropology specializing in Medical Anthropology from the Universitat Rovira i Virgili (2003) and a degree in Social Anthropology from Universidad Nacional de Misiones in Argentina. She is a member of the URV's Medical Anthropology Research Centre (MARC). Her main research activity focuses on the health conditions of minority populations, including gypsies (Spain and France), the Quechua indigenous people of Bolivia, and the Shipibo communities of Peruvian Amazonia. Her book publications include: Salud intercultural. Crítica y problematización a partir del contexto boliviano (ISEAT. La Paz, 2011, in Spanish) (Intercultural health. A critique and problematization from the Bolivian context) and Entre calles estrechas. Gitanos: prácticas y saberes médicos (Bellaterra. Barcelona, 2007, in Spanish) (Through narrow streets. Gypsies: medical practices and knowledge). 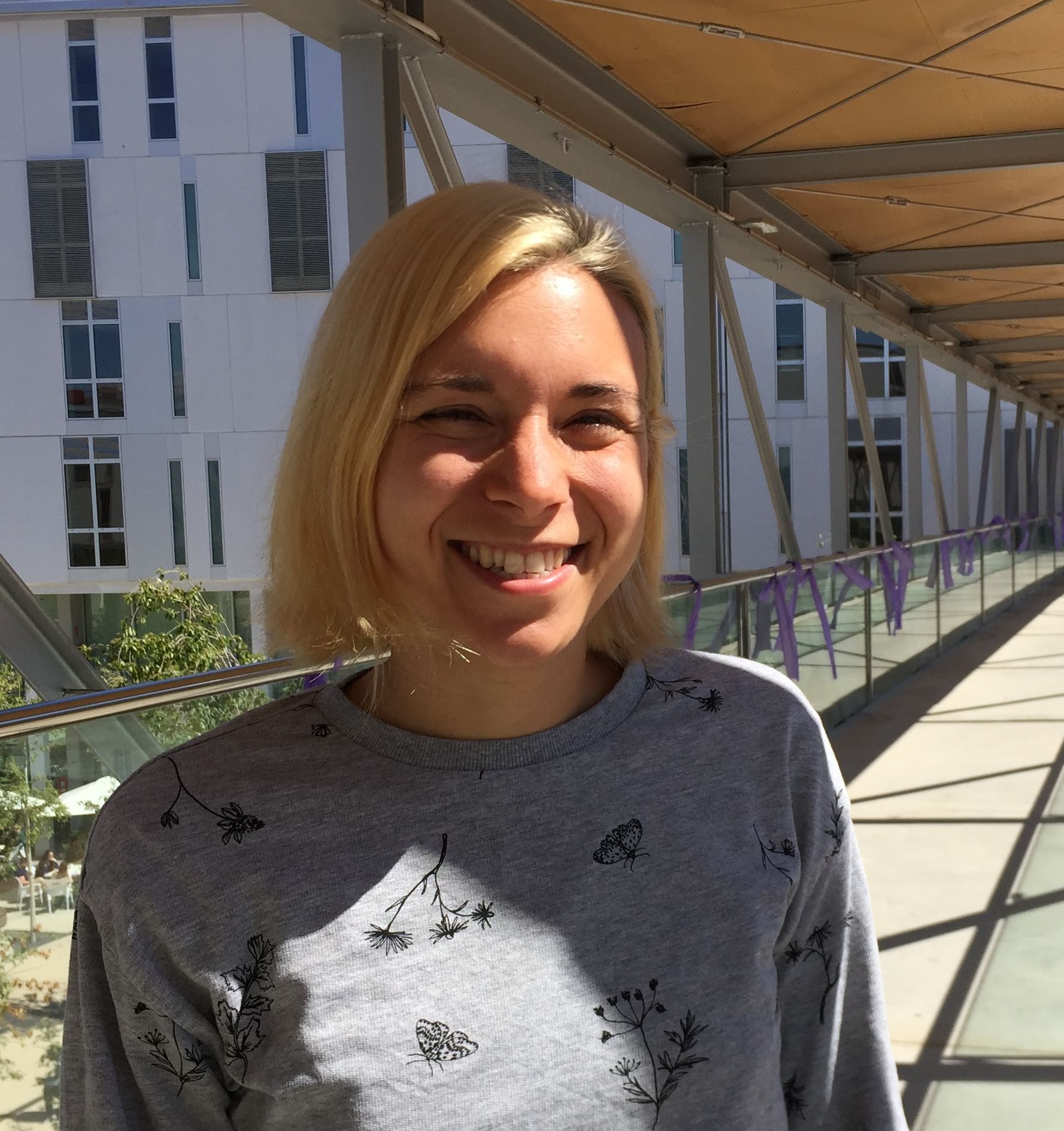 Aurora Sáez holds a degree in Social Work from the Rovira i Virgili University (2012), Master in Public Orientation Anthropology from the Unniversidad Autonoma de  Madrid (2013). She has continued her training in gender studies and Social Economy and Solidarity. She has professional experience in the field of care for people with disabilities in the United Kingdom and as a trainer of the Certificate of Professionalism, Promotion and Socioeducational Intervention with People with Disabilities of the Occupational Service. She is currently the dynamizer of the Social and Solidarity Economy workshops of Federación SETEM.

Areas of intervention:  Social and Solidarity Economy, Attention to Diversity 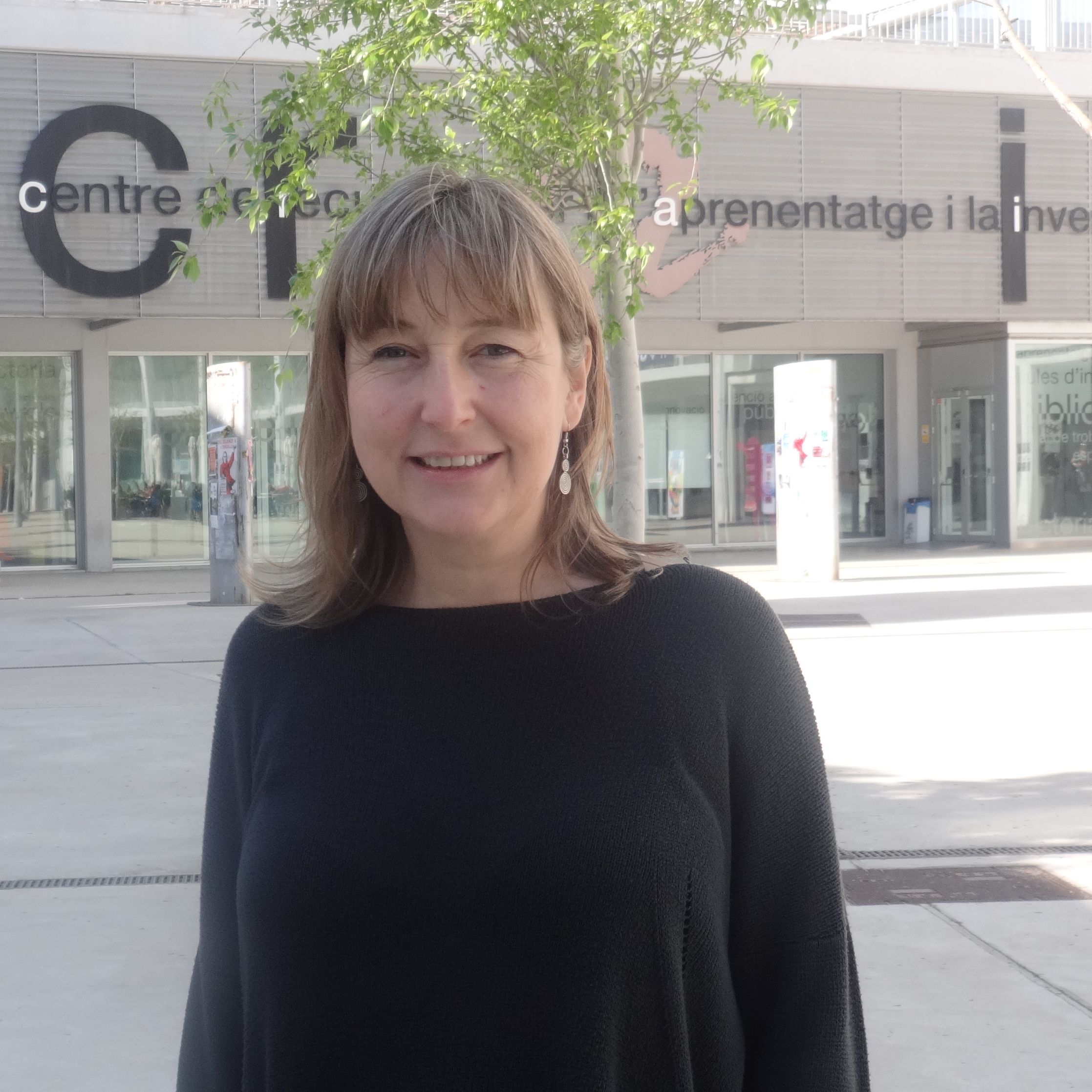 Olga Salvat Salvat holds a degree in Social Work from the University of Barcelona (1992), a Master's in Ageing and Health from the Faculty of Medicine and Health Sciences of the URV (2012), and graduate studies in Systemic Intervention in Non-clinical Contexts (Family Therapy School, Psychiatry Services of Santa Creu i Sant Pau Hospital, Barcelona) (1999).